Skopje was hit by a series of earthquakes with the strongest one reaching a 5.3 magnitude on the Richter scale. Resident are distressed and in panic and think that the quakes are linked to the catastrophic floods that occurred last month in the Skopje region, for the consequences of which the opposition demanded responsibility. Competent authorities are saying that all aftershocks will have a lower magnitude and claim that the quakes are not linked to the floods.

Last week’s intensive rains increased fear among residents of the flooded areas, where consequences have still not been rehabilitated, that the same tragedy could happen again. According to the opposition, the megalomaniac project “Skopje 2014” of the ruling VMRO-DPMNE and of the leader Nikola Gruevski, which is involved in criminal cases for which the Special Prosecutor’s Office is also leading investigations, is becoming a real danger to the security if citizens. The newly-created small lake near the building of the Ministry of Foreign Affairs, on the flooded controversial construction site, caused chaos in the traffic in Skopje. News teams were insulted and stopped in their attempt to record the lake, while the media reported that nearby police officers had not intervened. Teams of the communal enterprise pumped sewage water for two days, and so far no one has been held responsible.

After 25 years of independence of Republic of Macedonia, citizens are noticing unseen autocracy of the government, abuses for which outcomes from the SPO are impatiently being awaited, politicized judiciary, politicized police, violation of human rights and freedoms on all grounds…Macedonian fighters for human rights and freedoms describe Macedonia today as a country that is leading to regression, far from the road towards the European Union and NATO. Two days prior to the election of the provisional government (which should create all the conditions in the country for holding fair and credible elections), the ruling VMRO-DPMNE has appointed its staff in managing bodies in around 30 state institutions. Directors, advisors, board members have all been replaced overnight…The situation is most brutal in the Social Work Centers, which are under the umbrella of the Ministry of Labour and Social Policy. Before Frosina Tashevska Remenski assumed the function of a minister, as a proposal of SDSM for the interim government, and with the removal of Minister Dime Spasov, members of 12 boards were appointed during a government session in the centers in Skopje, Negotino, Valandovo, Ohrid, Tetovo, Prilep, Kocani, Demir Hisar, Veles, Radovis, Sveti Nikole and Resen. In some places only one member of the board was replaced, while in others even two members. There are new appointments also in the Special Institution in Demir Kapija and in the Bitola Home for Infants.

After the appointment of Remenski, nine directors of the centers, in just one day, informed the Ministry that they would take sickness leaves. The opposition say that there was also a similar scenario when Remenski was first appointed in the technical government at the proposal of SDSM. While the Union of Public and State Administration (SADU) has accused Remenski of having shortened the annual leaves of some of the employees, the Minister explains that these steps are necessary because of the increased workload. All in all, this images speaks that the conditions of work and of cooperation between the minister and the managerial staff look more like a boycott of the new government, rather than joint efforts for realization of credible elections.

Not only are some journalists with a critical discourse leading the struggle for objective and investigative journalism, but there are also initial positive signals coming from the Temporary Committee for monitoring of media reporting in the period until the elections (especially monitoring media that operate under the directives of the ruling VMRO-DPMNE, which are most numerous in the country). The Ad-hoc body announced a proposal for warning the First television program service of MRTV and submitted a request to the Agency for Audio and Audiovisual Media Services for initiating criminal charges because it had broadcasted advertisements financed from the state budget in the period 2 – 5 September, which is contrary to Article 75-d, paragraph 4 of the Electoral Code.

This is a decision of all the committee members. Though, they still need to adopt Rules of Procedure and based on that document make decisions in the future. The members of the temporary committee will continue discussions on this subject on Tuesday. They are also to put the first report on the monitoring of television and radio stations on the agenda.

Promising a consistent struggle for objective informing, the members of the ad-hoc body are urging political parties, citizens, associations…, to submit complaints each time they happen to register unequal media treatment.

The example with the high school students from Prilep, who paid their transportation to school out of their own pockets even though according to the law the municipalities should cover this expense from money from the state budget, speaks about the failure of the VMRO-DPMNE policies in the education sphere.

Transportation has been provided with media pressure, but neither the secondary schools, nor the Municipality of Prilep are responding to questions from journalists on where the money is for transportation of students, which has regularly been transferred from the Ministry to the municipal account.

In Bitola, the oppositional Liberal Democratic Party (LDP) demanded resignation of Mayor Vladimir Taleski, who for the third time has had his detention continued at the request of the SPO, precisely because of suspicion for involvement in the criminal act in relation to the case of school transportation “Transporter”, which investigation is still on-going.

According to LDP, directors of several schools in Bitola are with expired mandates, thereby the decisions they have brought within this period cannot be lawful and are not sustainable. A director of one secondary school, for whom the Commission for Preventing Corruption proposed a removal, and despite being under investigation for the “Transporter” case, has still managed to make a debt of 250.000 euros. LDP propose early local elections as well and for Taleski to submit his resignation until then.

In the meanwhile, Taleski under house arrest announced the position for director of the Public Communal Enterprise “Niskogradba”. The Municipality of Bitola, referring only to the legal regulations of the competencies of the mayor, does not reveal whether Taleski is signing documents in this period, while he is under house arrest.

Citizen activists on candidate lists of the opposition?

Rumors that citizen activists from the Colorful Revolution and journalists with a critical pen are joining the opposition and will be bearers of candidate lists, triggered a real debate on the social networks. Spins are coming out from the governments “kitchen” that are once more addressing the oppositional SDSM, as a leader of the Colorful Revolution.

SDSM denies by stating that it is too early to be thinking of candidate lists, but also accuses that these “sick spins” of VMRO-DPMNE are the result of fear from the certain defeat that will happen on December 11. Nevertheless, SDSM calls for a larger front in the fight against Gruevski’s “regime”.

Whereas, the public on the social networks are divided in their views. There are citizens who support the activities of the Colorful Revolution to join the opposition coalition. Others say that they would be totally disappointed if they were to see prominent fighters for freedom on the candidate lists, because every party affiliation, according to them, means from the very start loss of freedom of expression, action and decision-making.

Experts with a critical recourse see the opportunity for victory of democracy and freedom of citizens in Macedonia precisely in these civic activists – as future party members.

The leader of VMRO-DPMNE Nikola Gruevski in these past several days has been having less activity on the domestic political scene. However, his visit to Berlin, leading the party delegation and at the invitation of Member of Parliament Tobias Zech from the Christian Social Union, was registered in the German press. As Deutsche Welle in Macedonian informs, the “Osteuroppa” journal describes Gruevski as a “Macedonian strongman who in his own country is imprisoning members of the opposition and is systematically destroying democracy”. He is formally respecting all the terms of the Przino Agreement, but has not fulfilled any of the conditions that are to ensure fair and free elections. Despite his resignation, Gruevski has not given up his power. No one in Macedonia doubts that he continues to hold the political steering wheel in his hands”, writes Deutsche Welle in conveying the “Osteuroppa” journal.

Despite events in Macedonia and accusations of authoritarian style of governing, the EU continues to flatter Gruevski, further comments the media outlet. “German conservative parties along with the Austrian OVP (Austrian People’s Party) consider him as an important partner, once Macedonia closed the Balkan route”, is said in Deutsche Welle’s article entitled “What is Gruevski doing in Berlin?” 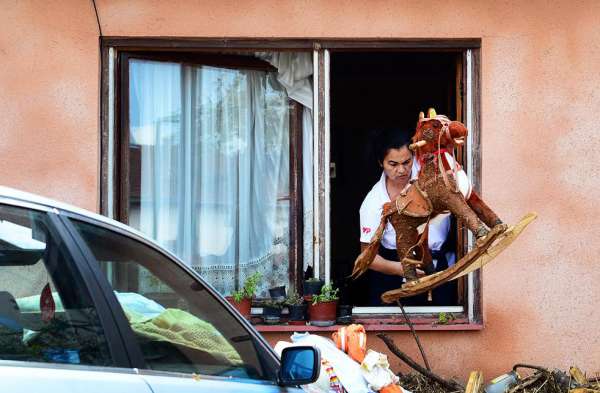 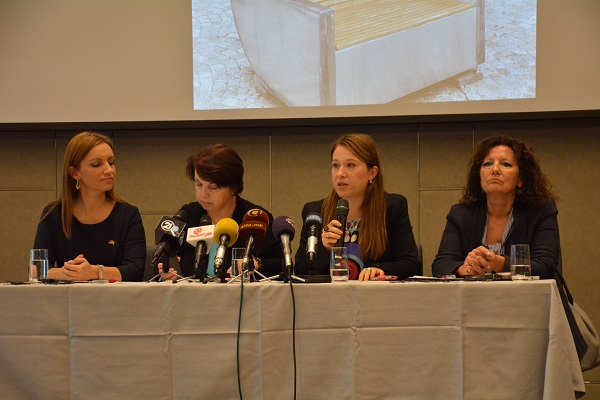