Home›Archive›Saveski: They have killed our belief in a better tomorrow!

Saveski: They have killed our belief in a better tomorrow!

“Citizens are hungry for social justice! The Levica (Left) political party intends to carry out one-time writing off of debts, in particular, interests attributed to citizens based on an overdue debt of ten years, and which at the moment has become much greater than the penalty itself. This is a very big burden for the citizens, because many times the poorer citizens are targeted, whose bank accounts are then blocked and thereby cannot lead a normal life. It is possible to have social justice in Macedonia”, says Zdravko Saveski, member of the Levica Presidency, in an interview for CIVIL Media.

CIVIL Media: What are the program goals of your party in terms of social justice?

SAVESKI: Levica is a party that is openly on the side of the poor, the workers and all those who are disadvantaged. Hence, for us, workers’ rights and social justice are on the top of the agenda. In Macedonia there is extreme social injustice! Not only is democracy threatened and stepped on, but a system of open social injustice has also been installed. This has to change! In Macedonia wealth has been redistributed from the poor to the rich. That needs to change, and it needs to be redistributed from the rich to the poor. It is possible, but it does require political will. Macedonia is not so much of a poor country, as there is poverty and poor people. In Levica’s election program, one of the most important measures that we plan to carry out is the introduction of a minimum guaranteed income of 12,000 denars for a family of four, so that the financial situation of the people can improve at least a little. We also intend to conduct one-time writing off of debts, in particular, interests attributed to citizens based on an overdue debt of ten years, and which at the moment has become much greater than the penalty itself. This is a very big burden for the citizens, because many times the poorer citizens are targeted, whose bank accounts are then blocked and thereby cannot lead a normal life. It is possible to have social justice in Macedonia, and Levica stands firm on the demand for restoring social justice in Macedonia.

CIVIL Media: What are your realizations on the abuse of socially disadvantaged categories of citizens in the political, or electoral context?

SAVESKI: When there is poverty there is a great risk for electoral irregularities. And ultimately, if we want to have fair and democratic elections, the problem with poverty will have to be resolved, because every time there is poverty, there is also the risk that there will be bribing of citizens. Especially if there is an understanding, a perception among citizens that all parties are the same. The citizens simply think that since all parties are the same, that their vote should then be worth 500 denars. This perception needs to change, otherwise with that perception there will always be electoral irregularities. There are many electoral irregularities with bribing of citizens from the socially disadvantaged categories. Here we have, primarily, the Roma, we also have the citizens who are temporarily working in Pustec, or are moving from Pustec to Macedonia. There are many irregularities in regards to them. And there was also an additional negative effect that created ethnic intolerance among those who were not supporters of the regime, in regards to the citizens of Pustec. Hence, negative elements are being upgraded. We can have a totally clean file in relation to the bribery of citizens, but only if the problem with poverty is solved. Poverty motivates people – to accept electoral irregularities in order to survive.

SAVESKI: Many times politicians say things that the citizens want to hear, whereas the citizens are hungry for social justice! Many politicians are playing with that hunger, in the wish to win political points and to manipulate later. To introduce various criteria with which they weaken their electoral efforts. Many election promises are realistic if there is political will. Macedonia is not so much of a poor country as much as it has poverty. But, if there are excessive benefits and privileges for the officials, then there will be no money left for the poor. Levica wants to redistribute the budget funds. For the budget money not to end in the officials, rather in social assistance. Not – to not have money for social programs. If there is no money for social programs, then we will cut from the salaries of MPs and officials. So, ultimately, everything depends on the political will. Whether one has it or not. Here in Macedonia, all parties are business oriented, dedicated to the protection of the interests of businessmen, who stand behind them, and this has to change. Levica is here to make that change. We are not a party of businessmen, we are a party of the poor, and we are proud of that.

SAVESKI: If there is abuse on the agenda of social justice, this causes cynicism among citizens to a large extent. It creates distrust in that a better tomorrow is possible. People are exposed to constant claims, convincing that things will be better, and only to have all these promises forgotten just one day after elections, and this creates cynicism among citizens that it can actually be better, and that they are all the same. If people do not believe that it can be better, then it will never be able to be better. The belief in a better tomorrow is a precondition for a better tomorrow. It is not the only condition, but it is a precondition. Here in Macedonia, what they have done to us in the last 25 years, is that they have killed our belief in a better tomorrow.

CIVIL – Center for Freedom is implementing the pilot project “Promises and Abuses”, which deals with abuse of social justice for political and electoral purposes. The goal of the project is to contribute to the strengthening of public awareness on abuses in the sphere of social justice in the electoral context, as well as to prevent manipulative practices of the political centers of power. The project is implemented in cooperation with the Heinrich Bὅll Foundation – Office in Sarajevo 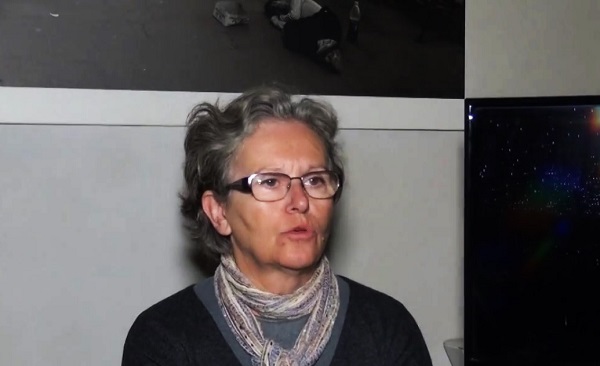 Najcevska: An illusion has been created that ...