The Agreement to resolve the political crisis of June 2 / July 15, in legal terms, has a meaning of a contractual relationship. Under that agreement, it is understood that participants are equal, conscientious and honest.

Given the current problems and obstacles that go with the implementation of the agreement to resolve the political crisis, the negotiations have become meaningless and pointless. Obstruction of the negotiations process are more than obvious, such as the hindering of the election of the Special Public Prosecutor’s team, revisions of the Electoral Code, reforms in the State Elections Commission, media and a range of other pressing issues. The agreement is being violated on a daily basis, and an aggressive political campaign is taking place, including abuse of power and corruptive actions of government.

Negotiations were near to worthless all the way. International diplomats and mediators were keeping watch around the clock over the fate of the process, as well as expertise and demands of civil society did not help. Negotiations simply collapsed due to poor settlement and even worse conduct of the ruling parties. CIVIL - Center for Freedom insisted from the beginning, that government officials who have committed abuses and criminal acts, as indicated in the wiretapped conversations, should not be part of the negotiations.

Therefore, the only logical action now is to disrupt the negotiations and demand resignation of the entire government, because the negotiations turned into a tool to extend the life of a criminalized group that captured the state and conducted electoral frauds.

With the collapse of the negotiations, the only thing left is the resignation of the government. Today! 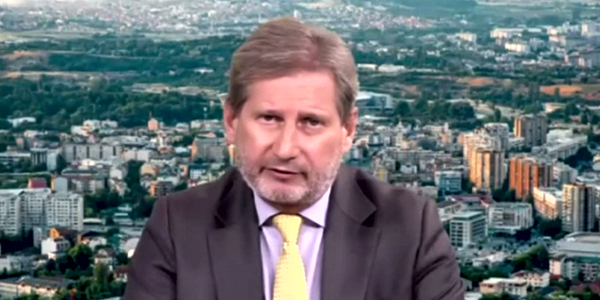 A defeat for Macedonia