“A year has passed since the premiere of the documentary film “Green walls, black food” on the conditions of the student dormitories in Skopje, yet the situation is still the same. In the renovated block B of the Student Dormitory “Goce Delcev" which was ready in November last year, after two years of empty promises, mold started to show up on the floor of the rooms. There isn’t any hot water for more than two weeks, and also, the selection and quality of the food in the student cafeteria has not changed. There are computers in ­­­­­­the study hall, but most of the time there is no internet, or if there is, it is too slow. Block A is also being renovated, and should allegedly be ready in of September. But what if it takes a year or two to renovate every one of the blocks in the building? That means that this student dormitory would be renovated in five to six years. But, what about the other student dormitories in this country and the generations upon generations of students that will freeze and starve while they are being renovated? Instead of their priorities being their studies, they are trying to adapt to the horrible conditions in which they live in” –says in an interview for CIVIL-Media, the author of the film Sandra Gjorgieva.

The film “Green walls, black food” has been available online for two months now, and as Gjorgieva says, more people from outside the country have viewed it, while taking participation in numerous festivals, where viewers were shocked and could not believe that students in Macedonia live like this. “It is pointless to look for someone to blame. Is it because the students who entered in a field of comfort and forgot that they deserve better and is it because they accepted this as a standard of life and are not strong enough to react, the reason for society to overlook and invest less in the dormitories? Or is it the opposite, did the neglecting of the student conditions by the institutions, and the pressure not to speak of it in public, cause the discouraging of the students to come out and loudly say that they need a better bed and food?” are the dilemmas Gjorgieva asks?

In any case, opening this topic and the constant reminder of the catastrophic conditions in which the students in the student dormitories live in Skopje, along with greater pressure on students and on institutions, will contribute to faster renovation, a bigger investment and elevating this problem higher on the list of priorities that we have in this country” says the author of the film, who wants to believe that the situation will change for the better. 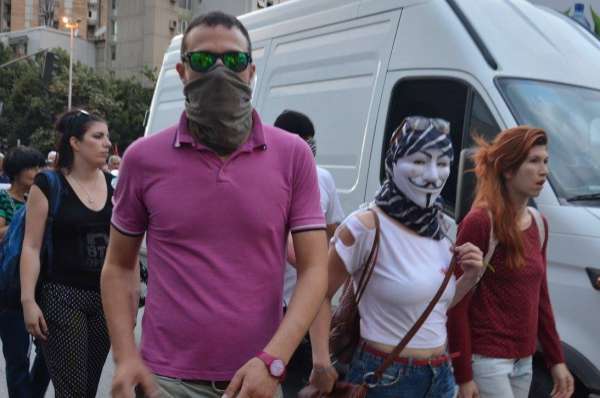 Spirovska and Bogoevski unanimous: They will not ...