Home›Archive›Until when will the media bullies induce violence unpunished?

Until when will the media bullies induce violence unpunished?

The Front for Freedom of Expression once again most harshly condemns the hate speech of Milenko Nedelkovski on his web portal “Dudinka” (transl.: Mulberry Tree), which has been inducing violence addressed to criticising media and particular journalists, columnists and politicians.

Let us recall that few weeks ago, the Front for Freedom of Expression publicly condemned the bully attack of Milenko Nedelkovski against participants of a TV debate, by using the following words: “The execution time has come. There is no other way out. We have to get rid of the riffraff”.

And now, the same person, on his own web portal, has been publishing lists of media, journalists and politicians, calling for “Cutting the Ulcers”: …”the ulcer shall be removed with a surgery. With scalpel, with a sharp blade”. The group of mentioned media and journalists were called: “a bunch of GAYS WORKING FOR THE INTERESTS OF THE GREEK GOVERNMENT AND GREEK SECRET SERVICES” and “external soldiers of fortune”. The victims of the bully attack are dehumanised as: “Ulcers and Pustules” (who have to be removed “with surgery”, “with scalpel, with sharp blade”), “the smelly and slimy rabble”, and “lice and itch-mites”. Such hate speech, inducing violence addressed to media and journalists, gains additional weight, as it comes right after the elections, from a government-oriented journalist, whose guests in his shows are the President, the Prime Minister and Ministers. In the open call for violence, inter alia, they call for reprimands by state institutions put on media, journalists and nongovernmental organisations that hold other opinions, and it contains threats for a public lynch.

The Front for Freedom of Expression invites all competent institutions to seriously and accordingly react to the induction of violence addressed to particular media, journalists and other public figures. At the same time, let us recall that back in 2010 The European Federation of Journalists condemned the authorities for the “scandalous disregard” of the freedom of journalists, when the police and public officials did not make interventions as a response to the induction of violence towards journalists, initiated by Milenko Nedelkovski. Even then, he was publishing lists of “betraying journalists”, calling for their liquidation. The Secretary General of the European Federation of Journalists stated that it is about “dead serious call for people to commit violence over journalists” and reminded the authorities of their obligation to act against such hate speech: “The journalists should never induce acts of violence. Those responsible need to respond in accordance with the Law.”

The Front for Freedom of Expression invites all competent institutions to undertake all necessary measures to protect journalists and media, who are again exposed to dead serious calls for violence, by Milenko Nedelkovski.

The Front for Freedom of Expression invites all journalist associations and human rights associations to condemn such calls for violence against media and journalists.

Front for Freedom of Expression

The Front for Freedom of Expression (sloboda.kauza.mk) is a broad platform consisted of individuals, organisations, institutions and non-formal groups, who work as a non-formal network with a common objective – safeguarding and advancement of the fundamental human right – the freedom of expression, primarily in the Republic of Macedonia, but also worldwide. 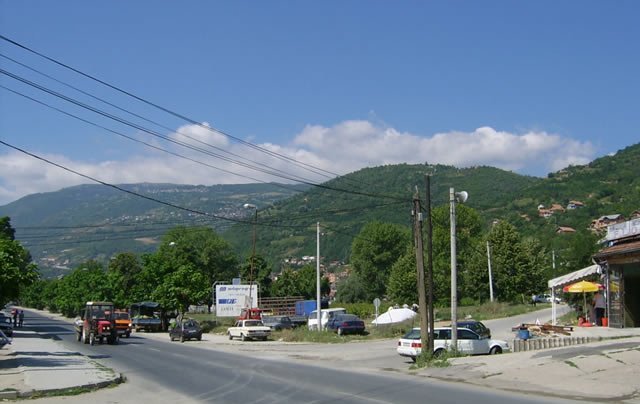 DPA Tearce: There is nothing in the ...