The early, historic, parliamentary elections in Macedonia did not solve the long-lasting political crisis in the country, but rather deepened it. A week after elections and Macedonia is at crossroads. Citizens need to decide whether they will choose Euro-Atlantic integrations or vice-versa, will contribute for Macedonia to move towards self-isolation. The situation has become more complex after SDSM and the coalition “For Life in Macedonia”, along with the party of ethnic Albanians, BESA, decided to file eight complaints for election irregularities to the State Election Commission (SEC), which accepted only one complaint! It is now up to the Administrative Court… Members and supporters of VMRO-DPMNE, in an organized manner, ahead of the SEC decisions on the filed complaints, gathered in front of the offices of the Commission in Skopje. With trumpets and drums, with dances and lighting fires, with hate speech and calls for a public lynch made by senior party officials, VMRO-DPMNE in this way pressured the work of the SEC. Numerous media organized live broadcasting of the sessions. The SEC decided to accept only one complaint filed by BESA, while the rest, including those filed by SDSM, were rejected.

BESA will not appeal the SEC’s decisions, but both SDSM and VMRO-DPMNE with appeals

BESA will not appeal the SEC’s decisions, because after 7 of the 8 complaints which it had filed were rejected, the party has started to doubt the independence of the Administrative Court. However, SDSM have announced that they will submit four appeals to the Administrative Court in regards to the voting in several polling stations in the Sixth Electoral Unit. In any case, the Administrative Court will have the final word, which should decide within 48 hours after receiving the appeals whether it will accept or reject the decisions of the SEC.

VMRO-DPMNE submitted an appeal to the Administrative Court against the decision of the SEC, with which a complaint of BESA was accepted. Actually, VMRO-DPMNE is against the annulment of the results of the voting that took place in polling station – 0396/1 in the Municipality of Gostivar, in the Sixth Electoral Unit. The election rerun in this polling station carries the risk of VMRO-DPMNE losing one seat, which could practically change the entire political constellation in terms of the seats in the future parliament.

Gruevski and VMRO-DPMNE announce a Proclamation

Nikola Gruevski announced a Proclamation in front of the SEC headquarters, adopted by the Executive Committee of VMRO-DPMNE, which includes 5 items. With the Proclamation, the party and Gruevski accused the SEC of post-electoral engineering and of forging the electoral will of the citizens. According to the proclamation, VMRO-DPMNE will not allow for SDSM leader Zoran Zaev to form a government, nor will it allow any further interference of ambassadors in intrapolitical issues of the country, because they should remain within the framework of their mandates and authorizations. As Gruevski revealed, the party is leaving the format of meetings in which ambassadors and foreign mediators participate, and in which there are negotiations or decisions are made, which in any other country are adopted by representatives elected by the citizens. Also, in the future it will not accept any non-standard or hybrid solutions in any area, if such solutions are not already implemented in other EU-member states. VMRO-DPMNE will not allow cantonization and redefining of the country under any conditions and circumstances. According to the Proclamation, VMRO-DPMNE will fight for “de-Soros-ization of Republic of Macedonia and the strengthening of an independent civil sector”. Judge Tatjana Mihajlova, Acting President of the Criminal Court, did not accept the evidence arising from the ‘bombs”, with the explanation that the evidence has not been lawfully obtained, as it has been obtained from the illegally wiretapped communications.

The main hearing for the case is scheduled for February 20, when the accused should give statements.

Nikola Gruevski and Mile Janakievski are accused in the case the SPO opened on September 15, regarding the violence in the Municipality of Center. According to the SPO, first accused Gruevski requested and Janakievski accepted for VMRO-DPMNE party members to carry out a violent attack against the Mayor of Center, Andrej Zernovski, and against members of the Municipal Council.

Ad-hoc body will not initiate a single proceeding

The Ad-hoc body reviewed the reports on the manner in which the media covered the election campaign in the last ten days. Two proposals for initiating proceedings were rejected, and in most cases the Commission unanimously voted against initiating a proceeding. With this, the work of this regulatory body has practically finished, which was formed in accordance to the Przino Agreement in order to provide greater balance in the media sphere.

The election process in Macedonia is still in progress. Macedonia has a long way to go in realizing the items contained in the Przino Agreement and Priebe’s report. 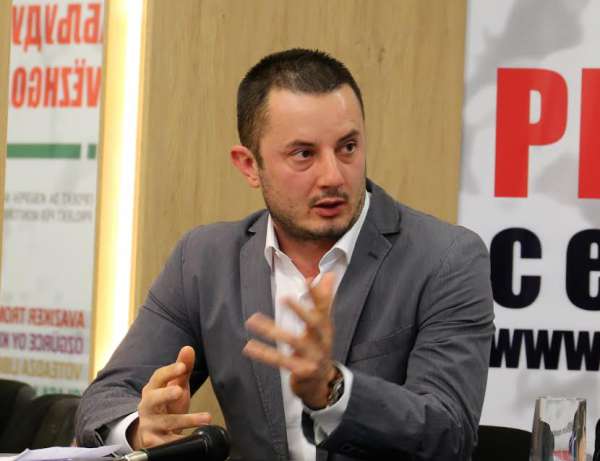 Zelic: Where there is fear, there is ...