CIVIL Media sources, who insisted on staying anonymous due to fear of losing their jobs, have been testifying that in the steel-production plant JUGOHROM FERROALLOYS, during the election campaign for the double elections, new persons get employed based on their party affiliation. JUGOHROM Management denies such claims, stating that staff gets employed, in compliance with the needs.

As Jegunovce inhabitants testify, the situation in the field is a little different. They claim that JUGOHROM Management has been demanding from the staff to vote for a specific political party, underlining that, if otherwise, they would lose their jobs.

“There is pressure put on the employees. Should they not vote for a certain political party, they would be fired. Jegunovce is a small place, we all know that. I would face problems if I speak publicly” - our source said, adding that his fear of losing his job is huge. Same is the case with the other employees who are facing pressure.

The staff has been pointing to a wave of employments in the pre-election period and, as they say, over-employment has occurred. They say that the newly-employed persons are known party activists.

“During the last month, 20-30 people have been employed, and we know that they are party activists”, our sources declare.

CIVIL observers have on several occasions reported new employments and pressures on JUGOHROM employees. But the Management denied this by stating the following (full quote):

“JUGOHROM FERROALLOYS strongly condemns the writings of the non-governmental organisation CIVIL in relation to party employments in our plant. This unconfirmed, unsubstantiated and speculative information mislead the general public with pure lies and insinuations. With the arrival of the new owner, as of July 2010, JUGOHROM FERROALLOYS has been working in a highly professional manner, with one single objective - to gain profit and employ as many people as possible from this specific region, regardless of their ethnic, religious and political affiliation. Perhaps, the reason why CIVIL reacts in this way rests in the fact that the Director refused to give an interview for them. This attitude is actually shared by all non-governmental organisations. None of the staff members should fear for their jobs and JUGOHROM works within its optimum staff capacity, in compliance with its production programme”, the denial reads.

CIVIL has never requested an interview neither with Branislav Dzurovich, JUGOHROM Director, nor with any person from the Management. We were to request a statement on Monday, 21 April, but nobody would answer the telephone.

„It is inappropriate to qualify CIVILthe way that the management of the factory does. As for the pressures on the basis of party affiliation in Jugohrom, people talk about the issue in Jegunovce and with evident fear. It is a violation of human rights and freedom. The question remains open whether the violation of human rights of workers in the company is the cost of delaying the obligation to meet environmental standards and thus to protect the human rights of even greater number of people living in that region . So, Jugohrom requires serious cooperation with civil society organizations that advocate for human rights and those who keep the ecology and environment”, says Xhabir Deralla, president of CIVIL.

Vasko Skenderovski, who is one of FERROALLOYS directors, stated that the lack of collaboration with the civil sector is the attitude held by the general director and that he would elaborate this matter further.

“What I can say is that 20-30 persons have been employed based on the needs. We have been working with the capacity of 1.200 employees, of which, some get retired, and some, simply, leave. Neither we have any pressure from political parties, nor are any job positions endangered. In JUGOHROM there are people with diverse religious, ethnic and political background, moreover, one of our employees is listed in the parliamentarian candidates’ list, and he is a member of SDSM”, Skenderovski stated.

The statements of Jegunovce inhabitants, which you may see below, give a different picture of what is actually happening in the field. 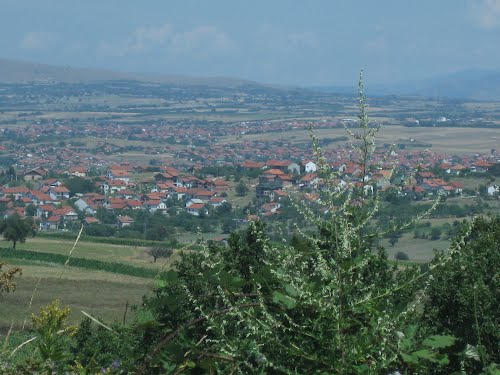 Political parties seem to forget about the ...

Placement and removal of posters, clashes between ...