Home›Archive›Cement floor as a bed!

In the city shopping center “Garnizon” in Kumanovo, citizen journalist Erjona Sulejmani noticed a boy sleeping on the floor of the stairways in the early morning hours, covered with an old blanket and other old and unusable fabrics found in dumpsters. “I woke him up gently and wanted to know his name and how I could help him, but I didn’t manage to do so as the boy frightened left the place where he was sleeping – the cement floor. This type of scene at this site can be noticed almost every other day”, says the citizen journalist.

The citizen journalist addressed the Social Work Center in Kumanovo – on whether they have knowledge on how many abandoned children sleep on the streets. From the Center they replied that they do not have such information, and that they keep records only for child beggars, which in many cases have a place to live. In order to officially know the number of these children, a written request needs to be sent to the Center explaining the need for such information.

According to the knowledge of the citizen journalist, no one is interested in solving the problem, or in offering a possible solution for these children not to spend another winter on the streets. 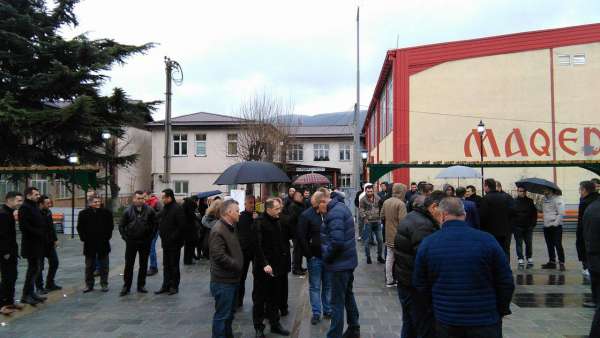 Political abuse: Children are the target!