Home›Archive›Media in Macedonia under full control of the government

Media in Macedonia under full control of the government

The project for imposing full control over media by the current government is almost accomplished. Such methods could only be used by a power structure that is tending to be totalitarian and dictatorial, something of which it was accused by media that are now shut down

The government – the ruling VMRO-DPMNE supported by “active silence” and cooperation by all coalition partners, small and big ones – finally brought the concept of full control over media in Macedonia to conclusion. Freedom of speech and media, the right to information and different thinking, rights and freedoms guaranteed by the Constitution and international norms as basis of a democratic society – do not live in Macedonia anymore.

By announcing its bankruptcy, the authorities finally silenced TV A1, one of the first private media in Macedonia, the highest rated and most influential TV station, recognizable by its disapproving stands towards the government and, above all, towards the ruling party and its leader. Intensive administrative and police pressure over TV A1, as well as over three daily newspapers, lasted for eight months.

The agony was parallel to desperate attempts by the domestic and foreign public to save these media from closure. Unsuccessfully… The government was resolute to take revenge for the criticisms and to silence them; to put the entire media space under control.

Within that project, in only few days, over night, the Broadcasting Council of Macedonia was governmentalized. Again, in cooperation and “active silence” of all coalition partners. Established as an independent regulatory body, the Broadcasting Council was almost the only one that opposed the attempts of the government to impose total media control. The last conflict with the government was during the pre-electoral campaign.

By silencing TV A1 and putting the Broadcasting Council under control, the government has completed the project of controlling the media. VMRO-DPMNE has started this project back in 2006 when it came to power. Taking advantage of the bad financial situation of media, this party became the largest and wealthiest advertiser, spending tens of millions of euro from the state budget. The achievement was double: it obtained practically unlimited space for self advertising, mostly in a Goebbels’ manner, and attained direct control over media and pressure over journalists.

Who would criticize in such position? Those who dared to criticize the government, the ruling party and its leader – were exposed to pressure and intimidation to the end. That is a clear message and a threat to all other media and journalists.

The project for imposing full control over media by the current government is almost accomplished. Such methods could only be used by a power structure that is tending to be totalitarian and dictatorial, something of which it was accused by media that are now shut down. Only a party that is gone nuts by self indulgency and spoiled by power could think that by closing media down could impose unified mind, to stop the truth and freedom of thought and speech.

The history is full of examples that show the opposite.

Risto Popovski is one of doyens of the Macedonian journalism, a founder of the first independent news agency in the Balkans, Makfax; President of the Open Program Board of Civil Media 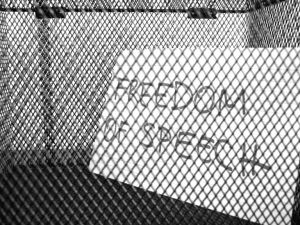 The revenge and hysteria of the Macedonian ...