Home›Archive›VIDEO: Thousands of phantom voters discovered in the municipality of Centar

VIDEO: Thousands of phantom voters discovered in the municipality of Centar

Several thousands of phantom voters having no permanent address in Skopje and holding identification cards registered on various addresses in the centre of the City, are still listed in the electoral register, CIVIL learns.

Part of them is from Pustec, Albania, and another part is from other towns in the country.

Firstly we headed to the address Vasil Gjorgov, 24, where we learned that some tens of people have been living in the flat number 27, all holding the right to vote in the country for the upcoming elections on Sunday. At the entrance door, which was nearly demolished, one could instantly notice that nobody lives in that flat. There was a flyer in front of the door of a presidential candidate. As nobody opened the door, we rang the neighbour’s doorbell.

“Nobody has been living in that flat for 20 years now”, the neighbour told us.

Next destination was Street Kiro Krstevski – Platenik nr. 11. More than 20 people are registered as living at this address, all with the right to vote. A middle-aged man opened the door, who said that he was aware that thirty people were registered living in his flat, but he never reported the case.
Watch this video to see our visits around the flats with some thirty people registered to be living in each of them. 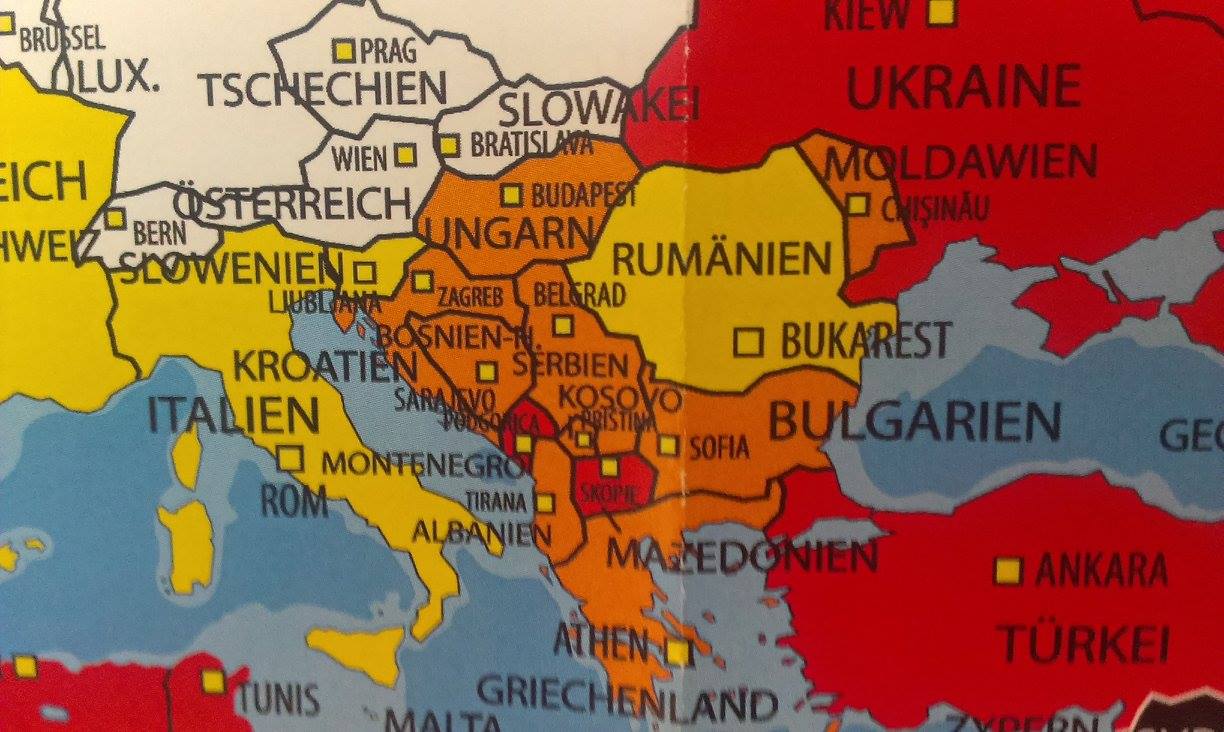 Media in the red zone