“Very disappointed about lack of responsibility + leadership by some” – tweeted the EU enlargement Commissioner Johannes Hahn after the failure of the Brussels talks between the government and opposition representatives to overcome the political crisis in the Republic of Macedonia. To state this is, to say the least, irresponsible. Who did Commissioner mean by “some”? It is highly problematic to state such a thing, without pointing out who was lacking “responsibility + leadership”.

Judging from the statement of PM Nikola Gruevski after the talks failed, we might conclude that he is encouraged and energized. The country cannot expect any good from his strong-worded statement, without a single sign of readiness to step down from power, which he massively abuses for nine years now.

The opposition representative Zoran Zaev did not present maximalist views and conditions at the negotiations table in Brussels, facilitated by Commissioner Hahn. To the contrary, he presented and defended, by far, minimal conditions for normalization of the country, to bring it back to a minimum bearable state of democracy and capacity to conduct free elections.

The Gruevski led government has abused every aspect of power at national and local level, in political, societal, and economic context. The Parliament is non-functional, elections are stolen, media are almost entirely controlled, institutions are totally politicized and controlled by a very narrow circle of party strongmen, the private business is a subject to control and extortion, education, health and social systems are turned into tools to maintain power and employ party foot soldiers. Enormous amounts of public money have been transferred to private pockets of the highest representatives of “the family” as many call the closest circle of people around Gruevski. Yes, it is so bad in Macedonia, and it get even worse with such government, no matter of how difficult it is to comprehend this fact.

Dozens of people are political prisoners, being jailed or in custody, and some being prosecuted by an entirely controlled judiciary. The opposition leader Zoran Zaev himself was a subject to a blatant prosecution in the past several years. Dozens of others, as well. The list of politically motivated reprisals by Gruevski’s clique goes on.

Gruevski and his political cohorts brought the country to the brink of civil unrest and even war, several times in the past, including the latest Kumanovo security crisis of May 9. We still have open and unanswered questions and demands related to the conduct of the police and the involvement of the top officials of the country in the crisis.

All this and many other transgressions, abuses and criminal acts have become even more obvious after the opposition leader Zaev have revealed the wiretapped conversations, which leaked from the massive and several-years-long eavesdropping and surveillance operation conducted by the PM Gruevski and his cousin, the head of the Directorate for security and counterintelligence Saso Mijalkov.

The opposition demands resignation of Gruevski and his government, formation of a transitional government, revision of the Voters Register and organization of free elections. The arguments are being presented in so-far 36 press conferences where facts and evidence on the criminal practice of power are like real bombs. Many say that normal government would have resigned after the first one.

Moreover, all those “bombs” are only a bitter confirmation of hundreds of reports by national and international civil society organizations, experts and institutions that were trying, for years, to alarm the public about the absence of rule of law, human rights abuses and devastation of democracy. For nine years, the civil society organizations, human rights activists, analysts and experts from various fields keep on warning the public with findings and conclusions on the terribly wrong policies and practices, which have violated every possible democratic standard and conducted flagrant and massive abuse human rights.

The political crisis did not start with the “bombs” of the opposition. It has started in 2008, after Gruevski has declared governmental crisis and conducted an elections process filled with irregularities and violence, including one dead, several injured, and an assassination attempt on Ali Ahmeti, the leader of the Democratic Union for Integration, who is the ethnic Albanian counterpart and partner in the government for over seven years now. That is when the already weakened political dialogue in the country has stopped. The society has not seen a political debate ever since. The government organized another two early parliamentary elections in 2011 and 2014. The local elections in 2013, as well as the presidential and early parliamentary elections in 2014 represent insolent electoral frauds. Structural violence, widespread clientelism, and massive manipulation were main substances of these electoral processes.

At the talks in Brussels, we have seen a huge misbalance and unjust negotiating positions. At one side of the table was Zoran Zaev, the opposition leader who represents the progressive and reinvigorated part of the society and the one who exposed Gruevski’s misdemeanor to painful details. At the other side of the table, we see Gruevski, representing an authoritarian rule that dismissed democracy and divided the society. He is the boss of the two leaders of ethnic Albanian political parties whose credibility has been turned into ashes. They, too, are at the negotiating table. The chief figure that was supposed to facilitate this process is, now we know it, a controversial individual, the Commissioner Hahn, who proved to have favorited Gruevski and fortified his negotiating position by his statement in Washington DC on June 5, after the negotiation session in Skopje on June 2. In the statement, he displayed an unacceptable level of lack of knowledge.

After the Brussels talks on June 10, we find ourselves wondering if there was something more. Inconsistencies and events of and around the negotiations were giving room to speculations that Commissioner Hahn may have financial ties with Gruevski’s circles, alleging that he has been connected with an international chain of casinos, also present in the country. It is a business with which the, now former, chief of security Saso Mijalkov, has some shady interests. Whilst these allegations could easily be only speculations and rumors, yet, the European Commission might need to consider removing Commissioner Hahn from the process and appoint a more neutral person.

In short, we have an incriminated government on one side, reluctant to leave power and set the country free, and an opposition leader, also representing the civic movement Citizens for Macedonia, demanding democratization of the country. Moreover, these were negotiations from which the civil society, a legitimate and highly visible and active societal force, was bluntly dismissed. In other words, negotiations were doomed from the beginning.

The time is ticking and the country is sinking into even deeper crisis and uncertainty. Having in mind the capacity of the country to be explosive and influence the security situation in the region, solutions must take place sooner than later. But, not on the account of freedom and democracy. Longstanding neglect of Macedonia’s situation and trading democracy for stability only destabilized the country and may bring even worse consequences. 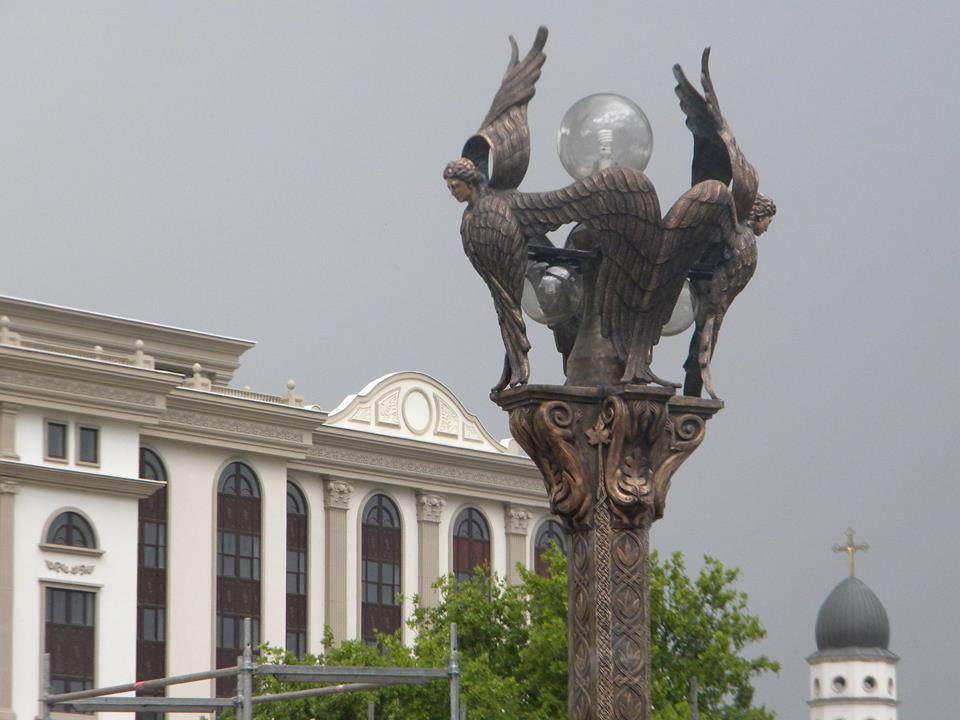 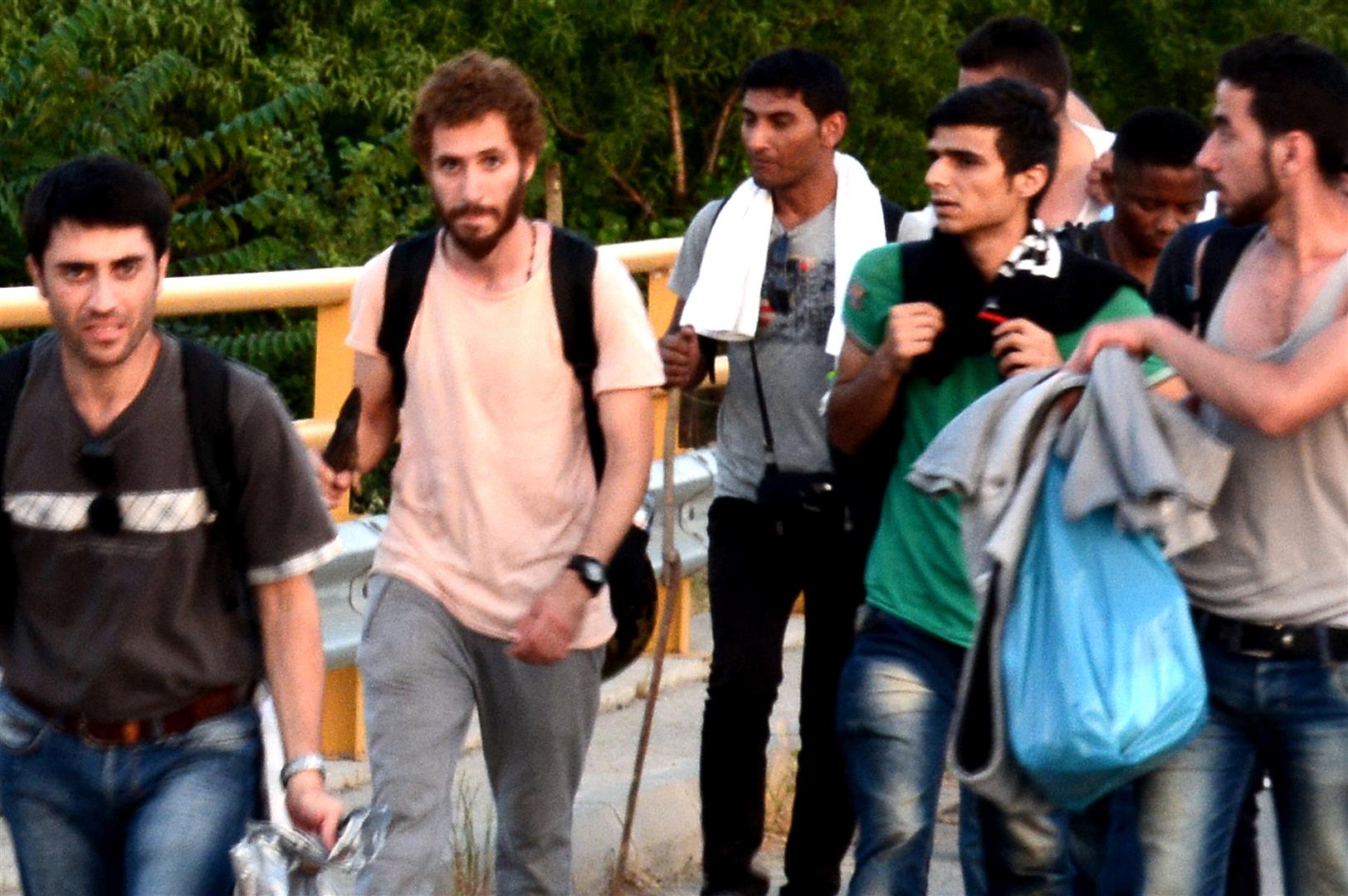 Thirst for freedom at the Dry River ...