The Committee on Election and Appointment Issues has responded positively to the requests for apanage from the five former members of the State Election Commission, for which the public learned that they had been abusing office in order to gain mind-blogging bonus sums, while they also treated themselves to mobile phones and other luxurious “toys” and benefits. Apart from BESA’s representative, all the other members of the SEC have resigned, leaving this institution officially headless.

According to Article 22 of the Law on wages and other compensations, according to which an MP, official or managerial worker who has resigned or has been dismissed from duty before the term for which that person has been elected or appointed expires and enjoys all the rights referred to in Article 19 of this law that regulates the apanage, the Parliamentary Committee had no other choice then to approve about a thousand euros per month for a period of one year.

According to the submitted requests, the Committee on Election and Appointment Issues, with the adopted decision, determines that there are no grounds for invoking Article 23, according to which the persons pertaining to paragraph 1 of this Article do not have the right referred to in Article 19 of this law, that is, that right ceases if they are legally convicted of criminal acts against the state or for criminal acts undertaken in pursuit of self-interest. Paragraph 1 of Article 23 states that the right of an MP, official or managerial worker ceases, before the expiration of the time determined in Article 19 of this law, when he/she so requests, when he/she is hired, or elected or appointed to another function on the basis of which he/she earns a salary.

However, in the public, according to the citizens, but also according to CIVIL and the legal experts we consulted, there are considerations that the decision of the Committee should be different, namely, that they should have taken in consideration the fact that there are indications of abuse of office and public money.

The reports, findings and analysis of CIVIL, as an organization with long experience in election observation, which also implies monitoring of the SEC, point out that there are indications of violations of the law by the Committee on Election and Appointment Issues. Why?

Firstly, the basis for the resignation of the members of the SEC is a result of the pressure of the public. At that time, the video SEC resignation, when?, which CIVIL published as part of the initiative “I demand an answer“, became viral and was far from being the only way of expressing the revolt in the media and social networks. The next day, at a special session, the SEC members resigned with a series of explanations, but not for one moment did they give clear reasons, that the resignations were due to manipulations and abuses of the law and the procedures, due to lack of transparency and poor management of public money. The institutions were blind and deaf, as always. They did not initiate any procedure for clearing the case. As an award, the citizens now need to pay also for the apanage of the SEC members, who, quite deservedly, have a rather bad reputation now.

CIVIL continuously alerted the public and called on the State Election Commission to abide by the principles of transparency and accountability.

CIVIL also submitted a request for public information, precisely in the area of spending public money for 2016 and 2017, including the amount of individual monthly income, bonuses, mobile phones, procurements and other issues related to the legality of the working of the 9 members of the State Election Commission.

The answer was that our requests are not for information of public interest. Soon the opposite showed to be true. All the information came out with specific amounts for every member separately, including the bonuses.

Having in consideration that amount of money and the irresponsible behavior, the requests for apanage were criticized, with the slightest hope that the Committee on Election and Appointment Issues would decide otherwise, according to the law. However, the decision of this parliamentary committee had been made automatically, without a debate and without any additional procedures. The Committee had an obligation to make a decision after the level of responsibility for abuse of office and abuse of public money was determined. Instead, the state, namely, the taxpayers will be paying apanage for another year for Aleksandar Cicakovski, Violeta Duma, Igor Milev, Silvana Boneva and Subhi Jakupi.

“Abuse of public money, lack of transparency and irresponsibility are enough stains in the work of the SEC, not to mention all the facts that point to the poorly implemented election cycles in 2016 and 2017”, comments Xhabir Deralla from CIVIL – “The Committee on Election and Appointment Issues has passed this item of the agenda too easily. It’s as if they live in another country and are not responsible for the money of the citizens who have elected them to their functions. That is unacceptable behavior and just shows the kind of attitude the parliamentarians have towards our money”.

CIVIL still has no response to its requests, except that it has to go through the same procedure again. Or, as Ljupka Gugucevska explained in a statement for CIVIL Media, if the request does receive a response, then the unsatisfied party can submit a request again, and in that case the SEC’s professional service will again respond upon the request. And this can go on endlessly, until someone finally gives up.

Such clarifying of the case “Resignation of the SEC” refers us to the above-mentioned Article 23, paragraph 1, specifically to not having the right to an apanage if an act in pursuit of self-interest has been conducted.

In the end, the decision of the Committee on the request for apanage for Violeta Duma is disputable. Her request for apanage was approved, while according to her age she should already be retired. If it has already been decided, then the Committee in her case has violated the law, according to Article 19 of the Law on wages and other compensations, which states that an MP, official or managerial worker cannot acquire the right to apanage if he/she fulfills the conditions for retiring.

The trust in the Parliament and the SEC has been exhausted. It is not clear how they plan to prepare new elections with zero trust in them. This scandal is yet to cost this country, even more than the entire amount that has been misused. Everything needs to be prepared for the elections next year in just a little over half a year, because the electoral system, the institutions and the law cannot be amended six months prior to the elections being held. 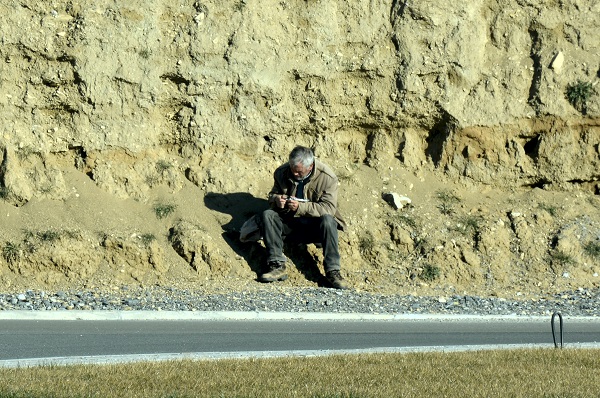