Home›Archive›Ordanoski: Desperate government is prepared to do anything

Ordanoski: Desperate government is prepared to do anything

The expert team of CIVIL – Center for Freedom, in cooperation with top analysts from the country and abroad, is regularly analyzing the situation in the country in the socio-political and electoral context. This is the latest edition of CIVIL’s video analysis with Dr. Saso Ordanoski.

What the government has been doing in the last week is a relatively logical operation of people in a desperate position, who are trying to survive probably the most difficult period of their political career and, in general, the position in which the party has found itself in.

Actually, the thing that VMRO-DPMNE has been trying to do for quite some time is to create a new reality. That reality has a high price, as they know they are violating the laws, the Constitution, they are discrediting people who got involved in all of that, starting with the President and going on downward. However, they are producing a reality the whole time, which later becomes a factual situation from which they negotiate.

For example, they will bring a decision of the Constitutional Court, and then they will say: “We cannot withdraw it”. The President will pardon fifty people only to have discussions after that on how there was no other option. The resigning President of the Assembly will announce new elections, and new negotiations begin from here. Then there are negotiations in which they demand political concessions so as to possibly put back some things in a legal framework, to return them into an acceptable political framework, and so on.

It is creating a reality that primarily serves them to tighten up the party on the inside and to maintain the stability of party structures, to create pressure on the opposition and to constantly force it into making moves that should rival their occasionally illogic and occasionally on the verge of normality ones.

Currently, the actual situation in Macedonia is that there are three sides seeking elections on June 5, and they are VMRO_DPMNE, the Ministry of Foreign Affairs of Russia and DUI. Here it is clear that the position of DUI is most untenable. We need to wait and see, in the following days, maybe even in the following month on what DUI’s game is, which has found itself in an absurd position in terms of its voters, of course at its own fault. I think that in this context there will be some progress.

Secondly, do not underestimate the machinery of the government that is creating its own reality. They are calling on their voters, they are creating a virtual reality in which their voice is the strongest. They are not interested in the fact that in Macedonia there are no conditions for holding credible elections. They are creating a reality in which they are offensive or are trying to be offensive, while the others need to figure out how to oppose such a development of events.

Finally, one thing is very obvious, which we were able to hear these days in the address made by Gruevski, Ivanov and the Russian Ministry of Foreign Affairs. The Ukrainian scenario was mentioned in all three speeches, in almost the same day.

Their counter game is clear. They are also threatening the international community, and in a treacherous way the Macedonian public as well, in that they are prepared to undergo the Ukrainian scenario, that they are prepared, and probably armed, to defend their position if necessary with weapons.

The first is that the Special Prosecutor’s Office must continue its work, and the second is that President Ivanov has to withdraw the decision on the abolition.

We can now hear a crazy interpretation of the cabinet of Ivanov in that this decision would be valid only until elections, which of course is a new nebulosity that no living person can figure out. However, it is obvious that pressures are rising. We do not know what is going on behind the scene, but VMRO-DPMNE has once again created a new factual situation, which is the formal announcement of elections, with which again they have climbed one step higher in their negotiating position. The whole time they are trying to be on top of the process, constantly trying to dictate the pace and the conditions for negotiating.

It is clear to them that the June 5 elections are questionable, but they are no longer concentrated on the elections of June 5, but rather on achieving better conditions on what is going to be agreed for the postponement of the elections or for the start of some kind of new process, which will probably be Przino 2, with other types of mediators, probably with greater presence of the international community.

This analysis is prepared within the framework of the project on election observation Forward, financed through German funds from the Stability Pact for South Eastern Europe. 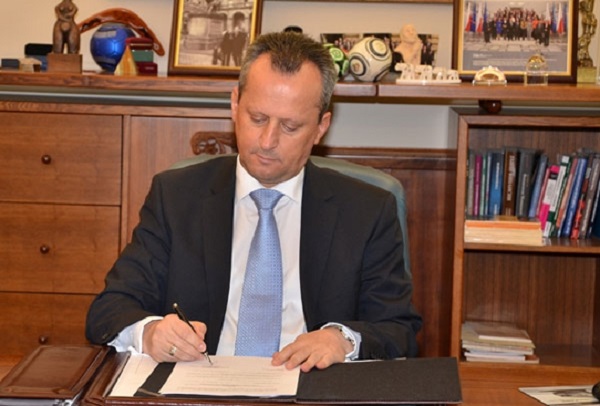 Early elections in Macedonia will be held ... 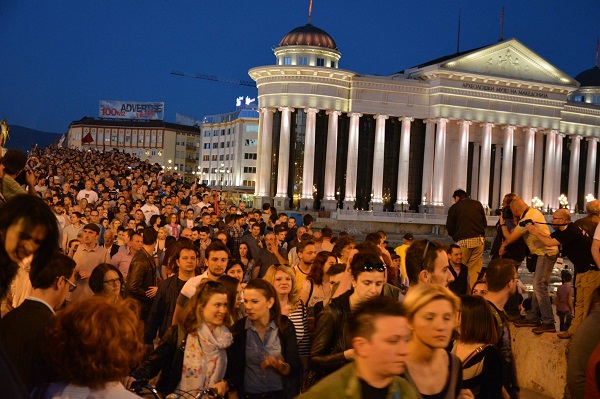