The First Instance Court Skopje 1 decided to start a lawsuit against the opposition leader Zoran Zaev, in the case known as "Coup" on July 1, 2015.

The next day, the opposition leader Zoran Zaev stood in defiance, denying the credibility of the "judiciary under complete control of Gruevski and his government".

Here, we bring the video and transcript of Zaev's statement on July 2, 2015:

After yesterday's decision of the First Instance Court Skopje 1 regarding the politically motivated case “Coup”, I declare:

I do not recognize this judiciary as an independent authority according to the Constitution and laws. The judiciary is under the complete control of Nikola Gruevski and his government.

I will not attend the scheduled court hearings.

After this public statement, the court, under the Law on Criminal Procedure, is obliged to immediately arrest me.

I am awaiting for this decision of the court from this day on.

I will be either in the headquarters of SDSM or in the Liberty Camp in front of the government, together with my fellow citizens.

I will clarify briefly.

The decision of the First Instance Court Skopje 1 to raise an indictment against me, ordered by Nikola Gruevski and conducted by Marko Zvrlevski, is the peak of the absurdity of this case.

People are in prison for espionage, but there is no information which foreign country, foreign service or foreign institution they spied for.

And while the president of the largest opposition party is accused of violence against the Prime Minister  just because he requested early parliamentary elections and a technical government, the public is a witness to the agreement between the government and the opposition for early elections at the end of April 2016. An agreement mediated by Commissioner Hahn, and ambassadors of the EU and the United States.

One person is in prison for supporting an act of violence which I allegedly committed against Gruevski. I am the alleged abuser, and I am on the loose, but I have traveled out of the country and I continue to discuss with Gruevski about the issues I have been accused of in the act of violence charges, whereas the person who allegedly helped me execute this violence is in prison.

Nikola Gruevski’s evidence submitted in the “Coup” case cannot be used in judicial proceedings. Evidence obtained through the special investigative measures named "Secret monitoring and recording of persons and objects with technical means outside the place of living", were made public through YouTube channels and the media. Their public disclosure is not allowed by law and is a criminal act under the law.

The evidence  Gruevski uses in arguing the alleged violence committed by me, has not been collected in an appropriate legal procedure. The order for use of special investigative measures directed at me, for alleged crimes against the state, was not issued by a Supreme Court judge. Espionage and violence against the Prime Minister fall under Crimes against the State in accordance with Chapter 28 of the Criminal Code. When these criminal acts are in question, the order for use of special investigative measures can only be issued by a judge of the Supreme Court. In the “Coup” case, the order was issued by a judge of First Instance Court Skopje 1.

The Court ignored all these undeniable facts and accepted irrelevant evidence to start court proceedings.

This decision of the court in the politically motivated case “Coup” is a clear confirmation of everything we have announced in the process “The truth about Macedonia”, especially with regards to the full control of the judiciary by the ruling family.

Yesterday's political decision made by the Court on “Coup” confirmed to the letter the report prepared  by the European Commission’s expert group chaired by Reinhard Priebe, i.e. that there is an atmosphere of pressure within the judiciary in Macedonia, family ties between officials appointed by the executive government and the Public Prosecution Office, and a risky conflict of interest environment.

The State Department’s latest findings about direct government violation of the rule of law in Macedonia and government interference in cases aimed at intimidation of opposition leaders and creation of politically motivated lawsuits have been fully confirmed.
Dear citizens,

Regardless of the pressure being put on me, I inform you that the negotiations with Nikola Gruevski and the government will continue.

Fundamental human rights and freedoms in our country have been violated. The freedom and the future of the citizens of the Republic of Macedonia are at stake. The freedom for which we strive and struggle, you and I, the Social Democratic Union, the opposition, the democratic community in Macedonia.

Fair and democratic elections in Republic of Macedonia must happen. The freely expressed will of citizens must be ensured. There is no withdrawal from this goal.

May this evil never happen again!

Republic of Macedonia: How to restore democracy? 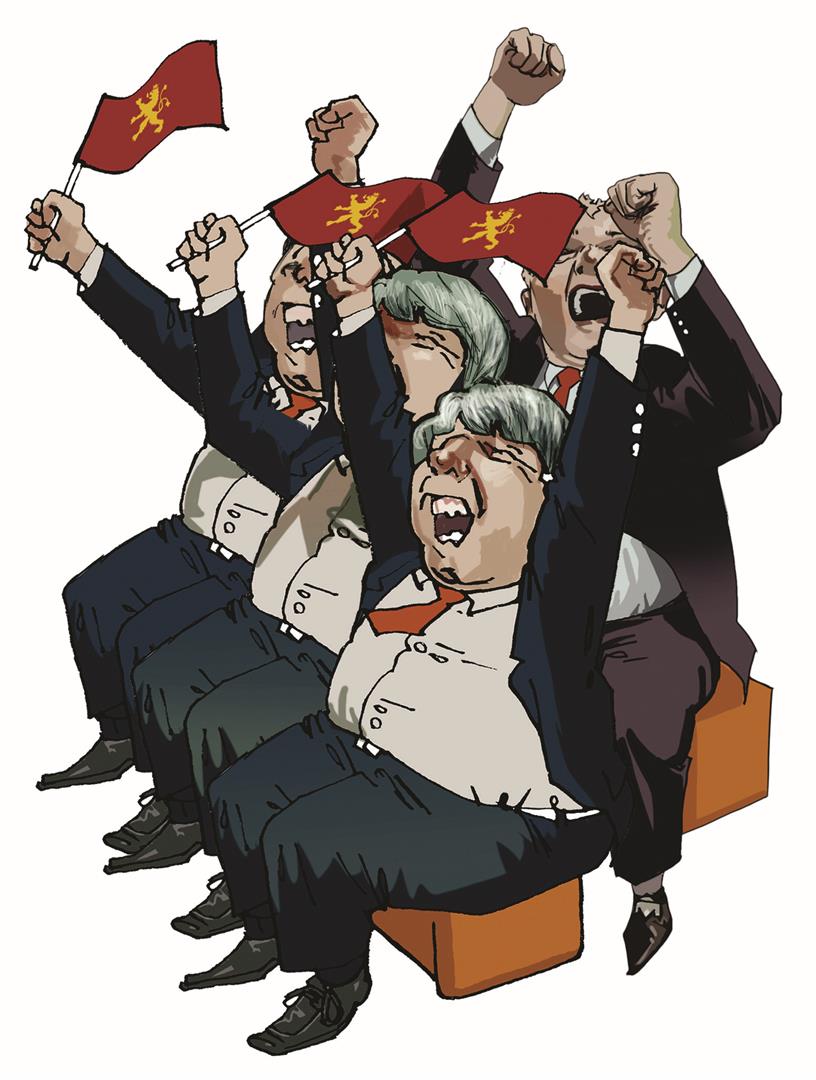