Home›Archive›Novakoski: The silence of the institution will not restore the trust!

Novakoski: The silence of the institution will not restore the trust!

Aleksandar Novakoski, legal expert and former President of SEC, reveals important aspects of the electoral process and the situation on the Voters Register. Novakoski was part of the expert panel discussion on “Pluralism and the political crisis” that was held on March 17, 2016. The event was part of the Project “Free elections for free citizens”, financed by the Ministry of Foreign Affairs of the Federal Republic of Germany.[youtube width="600" height="400"]https://www.youtube.com/watch?v=Ap_pFuIMcWA[/youtube]

“We have already created a media war while the elections have not even started. I have personally felt this so I have decided to participate only in these types of debates and in live. I believe that at the moment everything else is impossible, because everyone is presenting the situation according to the power of the competent institutions, and courage should be found to report… We are coming to a situation where various information is used and a position on a very important subject is created. We had Global Elections Day, which is in the first week of February, in a year of elections, but we did not mark this day. This just shows our awareness on the importance of elections. I would also like to quote a statement I gave two weeks before my resignation, in which I explain things in short, and I hope it will be conveyed originally.

I am saying, it would be dubious if we did not find the strength and political will to make the changes, to fulfill all the conditions for holding fair and democratic elections and to eliminate all the remarks of the 2009 OSCE-ODIHR final reports and of the presidential and local elections, which according to reports, are probably the only elections that have been assessed according to all the commitments and standards adopted by the European organization. We have mandatory, non-mandatory and mandatory international standards in which the Voters Register is one of the basic conditions for ensuring an equal and universal voting right. To this I added that without mutual trust and respect we are creating an atmosphere that is not appropriate for an election year and a setting in which it is impossible to establish free, fair and democratic elections. Two weeks after giving this statement, I resigned.

Now, I would like to continue with the current situation. Five years have passed and the SEC has still not come out with an official statement concerning the situation on the Voters Register, and we are faced with a situation in which there is information on over 300 thousand phantom voters! There is information that the situation is not quite remarkable, and we are expecting for the SEC to come out with an official statement regarding the situation on the cross-reference checks. In 2010, the SEC took over the Voters Register from the Ministry of Justice, but this was only in a technical sense. Since then, the SEC has de jure been responsible for the Voters Register, but without the cooperation of all the others involved in this phase. The SEC could not contribute significantly to the quality of the Voters Register, even though it is a fact that it disposes with human resources. When I was in the SEC, there were only 10 employees, and now there are over 100 employees, therefore, I believe they should give an answer to – the reasons why the Voters Register is in such a situation, for which there were complaints in the previous election cycles of 2013 and 2014. Before that, there were no complaints neither from the parties, nor from the citizens, nor from any other experts who followed this matter. We have a situation in which foreign and national experts are involved. The decision is again put in the hands of the political party leaders, as they are the ones who decided to conduct verifications, and appointed their experts that need to announce to the public whether this number is accurate.

The Voters Register has to be accurate, and that is the main standard of the 20 standards, and we are not even mentioning the other standards. In this respect, I agree, I am not quite aware if an atmosphere is being created for good election or not. If the SEC does clear the Voters Register, it needs to report its situation, how many people have the right to vote after field checks have been conducted One of the dilemmas has to be eliminated, and I believe it will be. You have had several presidents, former ones, except for myself, which have updated the Voters Register, so you can invite them to a debate on – whether the voters register had been updated or not. I believe that the SEC will soon come out with information, but the question is in terms of the experts and the composition of the SEC:  whether they will be able to respond, because again we have 6 party members and three experts…

Questions from the audience: I ask you as lawyers, where can citizens who are being pressured turn to, we receive information, they are being collected with busses to go to protests, where can these people go to, how can they protect themselves?

“When I mentioned the remarks of OSCE-ODIHR, one of the main remarks that keeps appearing in all three electoral cycles concerns the intimidation of citizens and the pressure on citizens. In terms of a specific law, we had consultations with top experts in this field, but a substantive law was not found. However, the state has legislation, criminal, misdemeanor and electoral laws, and irregularities need to be reported to the competent authorities. During elections they should be reported to the SEC, and at other times to the competent judicial bodies. However, there is so much distrust that if citizens do not report things by themselves, no one can respond. I have not receive any such thing while I was part of the election commission, nor have the parties officially raised this issue before the competent authorities, as a legal procedure. These four leaders of the relevant political parties are part of the electoral processes for a long time, and I have not noticed an official legal procedure, no solution has been found for a law”. 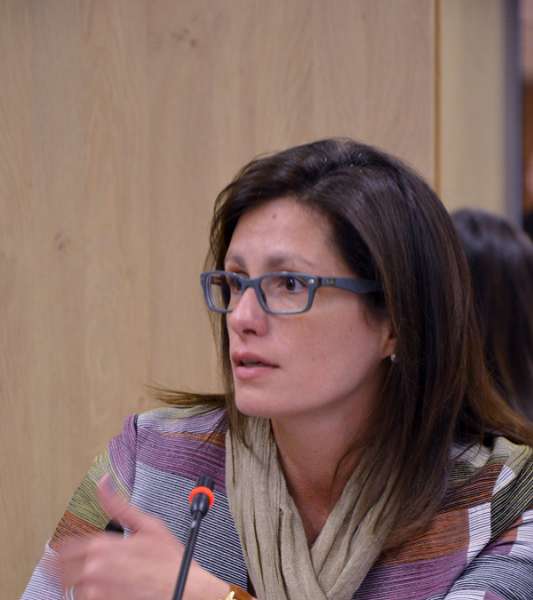