Macedonia still faces uncertainty regarding the coalition combinations that are being made to form a new government. The Democratic Union for Integration, following last night’s session of the Central Presidency, announced its conditions from which it will not withdraw in the negotiations for forming a new government. One of those conditions is an extension of the mandate of the Special Prosecutor’s Office.

Experts say that this condition of DUI in particular, on the extension of the SPO’s mandate, is set with the purpose for it not to be accepted by VMRO-DPMNE, and thus not to form a government by the current coalition partners. DUI says that the demand has the purpose of clearing up all suspicions arising from the wiretapping scandal.

The other demands that were set at last night’s session of the Central Presidency of the party refer to equal usage of the Albanian language and on the country’s integration with EU and NATO. DUI also points out that it has no preferred partner in the Macedonian political block. After DUI set its conditions, today VMRO-DPMNE responded with an announcement. “Regardless of the outcome in terms of forming the government in the upcoming period, regardless of whether a new government will be formed, whatever happens, VMRO-DPMNE and the coalition “For Better Macedonia” will not negotiate and it will not allow changes to the Constitution in order to introduce bilingualism throughout the entire territory and an extension of the mandate of the SPO”, is said in VMRO-DPMNE’s announcement.

Furthermore, following today’s announcement by VMRO-DPMNE, DUI also responded with a statement that assesses that “the use of the Albanian language in accordance with the Ohrid Agreement and the Constitution, equally with the Macedonian language, makes society stronger, more united and more stable”,

Within the panel discussion “Headless Macedonia”, which was organized today by CIVIL-Center for Freedom, panelists gave their own brief comments on the verbal conflicts taking place these days between DUI and VMRO-DPMNE. Professor Saso Ordanoski, CIVIL-Center for Freedom expert and political analyst, was decisive that he agrees with VMRO-DPMNE’s position on the SPO.

“I think that Katica Janeva should immediately become a regular prosecutor of Republic of Macedonia. The Macedonian Criminal Code has abundant references with which these people can be arrested according to the normal law. Therefore, Katica Janeva should immediately become Marko Zvrlevski, in order to have a normal functioning. If this does not happen, then we will need an extension of SPO’s mandate. And secondly, VMRO-DPMNE is preparing for some future elections. We have to understand what they are doing. They do not have any other platform, other than to return to nationalism…All of their other platforms have deteriorated! Their economic results are desperate. And all this at a level at which the reality is still not even realized. We will see the actual holes once a new government enters, and once they enter into the ministries. Their social program has failed, their economic program has failed, their political program has completely failed, the international position has failed…The only thing they have left is for them to return to their nationalist positions”.

“They are spending time and trying to survive for another year or two, for which they have a good chance, because they are actually not prepared to change the leadership. When VMRO-DPMNE would be prepared to bring a new leadership, that party would continue to be an important factor. In this way, it is a hostage of a criminal structure that will continue serving all of this to us. And they are preparing to cause an even greater irregular situation in Macedonia, so that they can make it to the next elections at which they hope that the topic will again be nationalism. I believe that this story is over and that even they are aware of that and in these announcements as well, that it is an ended story, but still, they have to do something”, says Saso Ordanoski. “I understand VMRO-DPMNE as well, they have one choice and that is for them to buy time so that they do not go to jail, and that is all. They are making all possible combinations, and will mostly play on the nationalist card. But I do not understand the others. I believe we are a little overly optimistic when we expect a final end to this and such government, that they will leave so easily and will fall like a house of cards, because it is a machinery that functions and shows that it functions well even when the leadership is completely irrational and unreasonable, as today’s statement has also shown. SDSM has to be prepared for that, it absolutely has to be prepared”. Analyst and columnist Ramadan Ramadani on the occasion of VMRO-DPMNE’s announcement stated:

“I have no comment on the announcement. I see that this is their third or fourth capitulation. I hope that as of tomorrow we will not forget they have capitulated once again, like it was in front of the SEC, as it was at the meeting with the US Ambassador, as it was after the elections…I think it is already clear. So we will see. I also see today that VMRO-DPMNE’s announcement has plentiful of “centers” and “external factors” in it, so I think that it should be explained again on where the urge for such stories, spins and conspiracies come from. Namely, Gruevski just cannot understand that he has been declassed by someone who has come from out there to Skopje, and has defeated him. And by people like the Albanians, who have made that necessary effective difference in votes at the last elections. He thinks of Zaev as a villager from Murtino, and of the Albanians as a “tribe”, “Shqiptars” and “Indians”. 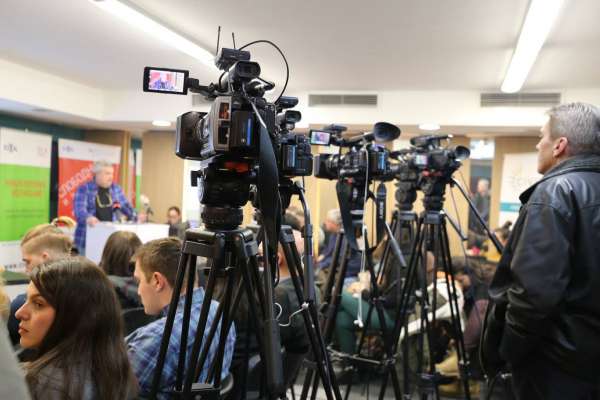 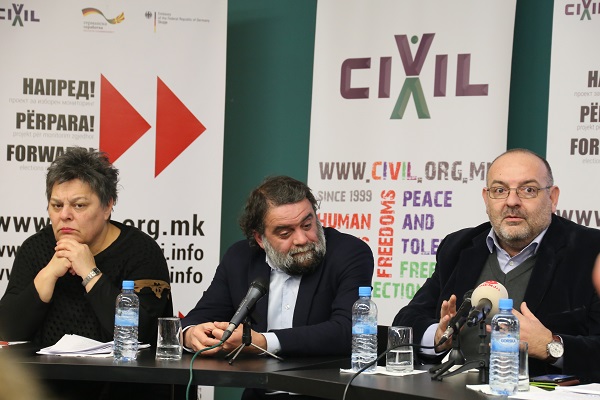