German Unity Day reminds the world of the sovereignty of citizens

The fall of the Berlin Wall in 1989 symbolizes the end of a dark era of division between the East and the West. Millions of people were divided across ideological lines in Europe and the rest of the world. The fall of the Wall and the reunification of Germany 11 months later, on October 3, 1990, also marked the beginning of a new world, re-configuring the international relations towards dialogue and cooperation.

On the occasion of the Day of the German Unity today, H.E. Dr. Christine D. Althauser, the Ambassador of the Federal Republic of Germany said: "With regard to foreign affairs, the German reunification, 25 years ago, was connected with the hope for a more peaceful, more stable future. Nowadays, we experience a multitude of crisis and conflicts which seem unprecedented in their ferocity and complexity. The most difficult conflict since the end of the Cold War smolders in Eastern Europe. War, terror and violence from the Middle East to the Sahel region force hundreds of thousands of people to leave their homes. Also, our host country, just as my own country is affected by this."

Dr. Althauser also spoke of the fall of the Berlin Wall, saying: "The cry of the courageous civil rights activists 'We are the people' condensed in just one concise sentence the spirit of the time: the people are the sovereign, or as article 20 of our Constitution reads: All power emanates from the people."

Ambassador Althauser quoted Federal Foreign Minister Steinmeier, who said: "What enhanced German unity in 1990, continues to apply nowadays as well - not only for Germany, but worldwide: democracy and rule of law are guarantees for peace and stability. The German reunification taught us that government depends on the trust of their citizens." 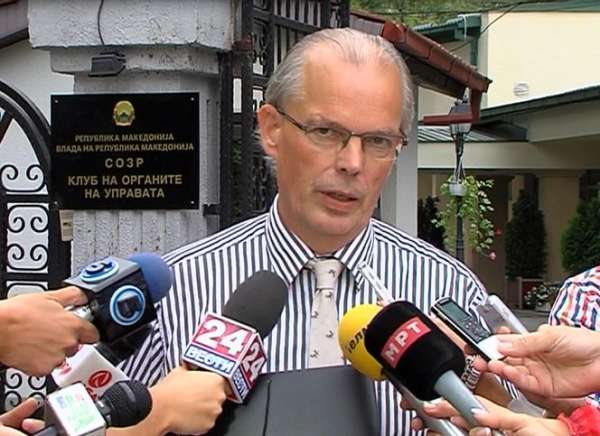 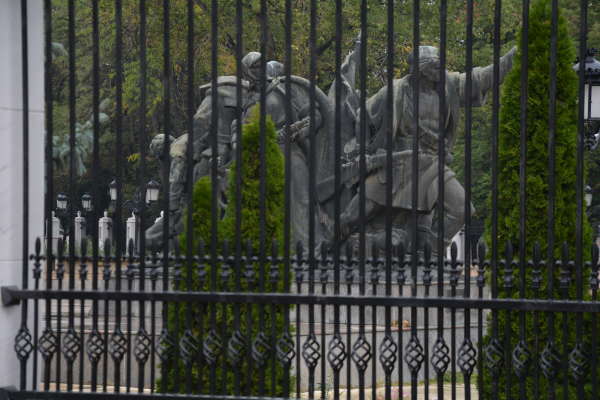 The Liberators of Skopje Captivated