Home›REPORTS›Financial support is a right, not a privilege

Financial support is a right, not a privilege

Civil society organization often face serious financial challenges in realizing their program goals and strategies. Financial instability hinders their work and in a specific way limits the right of the citizens to actively participate in the shaping of their society.

One of the requirements included in the Civic Charter – a global framework for citizen participation, is precisely the right to financial support. More specifically, the citizens and their organizations have the right to request or to provide financial support from their country or from other countries.

However, the policies of their countries and the relations with other countries also influence the relationship of the donors and the public with the activities and their success in realizing the efforts for human rights and freedoms. CIVIL is an organization that is continuously in direct communication with the citizens on the ground and advocates for human rights and freedoms throughout Macedonia. This

entails the need for encouraging active citizenship. However, it also attracts media visibility, attention from the government, but also from the donor community.

In the past years of Gruevski’s regime, CIVIL was also facing denial of the right to financial support. There were serious slanders, discrediting and a black campaign being led against the organization, precisely because of using the right to financial support. In other words, CIVIL and many other organizations found themselves on the black list of the government and the institutions for using this right, which is guaranteed both by domestic and international law.

One of the many examples is the one from 2015, when CIVIL was a target of a fierce black campaign in TV Sitel, which published a series of texts with slanders and insults towards the organization and its representatives. In that campaign, CIVIL was publically slandered with claims that it had received over 500.000 euros from the Open Society Foundation (SOROS). CIVIL immediately came out with a denial at a press conference where it presented a detailed financial report, according to which the direct financial support for the organization’s entire period of existence is under 11.000 euros (about 50 times less than what TV Sitel claimed).

But this was not the first nor the last time the organization was subjected to such attacks and discrediting in the eyes of the public about the financial support, which is an undisputed right of the organization and its constituents.

The inspections were an instrument for pressure in the hands of the regime. In 2013, there was a financial inspection in CIVIL with one sole purpose – to “liquidate” the organization. Of course, this undermining did not produce results. Though it was enough for the work of the organization to be stalled temporarily, while the black campaign did not stop for a moment.

The process of this type of discrediting of civil society organizations with the purpose of obstructing their work, and eventually abolishing or punishing “the most disobedient” through inspections, financial police and public accusations that the donations from FOSIM (SOROS) are intended for illegitimately taking down the country and the government, was reinforced towards the middle of 2016, before the elections, as a last attempt to weaken the

fight for democracy. It was an intentional, expensive and black campaign titled “Stop Operation SOROS”, which reached the highest circles of the US state administration.

The investigation that was supposed to put pressure on the non-governmental organizations was ordered by the State Commission for Prevention of Corruption, which for many years kept silent about the corruptive practices of Gruevski’s regime, and as CIVIL proved at the beginning of this year, this institution that is charge of preventing corruption, had actually been corrupt and partisan itself. CIVIL published a series of articles that confirmed these suspicions. In the meanwhile, the MOI stopped the nebulous investigation against the non-governmental organizations. The new government declared the establishment of new policies and practices in accordance with the principles of open governmental partnership, that is, cooperation with civil society organizations. Time will show just how much it will succeed in this. The advocating and promotion of the Civic Charter that CIVIL has been implementing in this past period, is another attempt for supporting this process. 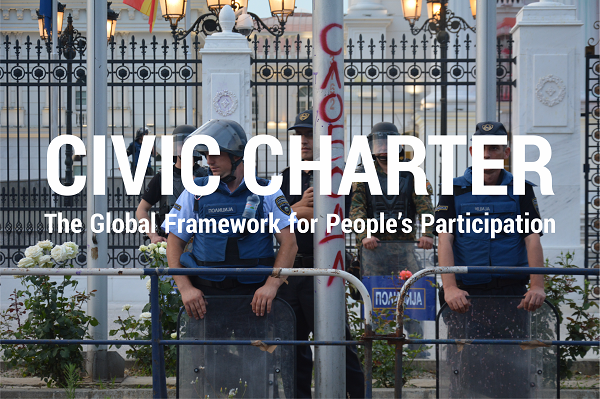 Enabling environment-A principle that is not respected 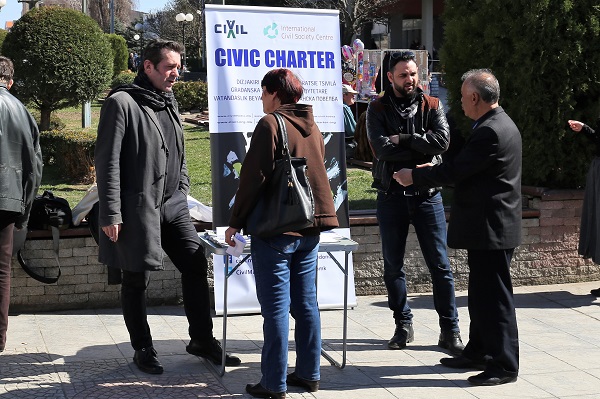