In the line of irregularities on the day of the voting on the referendum question “for” or “against” accepting the Agreement between Macedonia and Greece, the electoral administration is first on CIVIL’s list as a cause of irregularities.

The Electoral Boards, obviously insufficiently educated, having in consideration the training they rejected from the Municipal Elections Commissions, and trained by the State Election Commission, did not manage very well in solving the problems with the Voters Register, the electoral material, with the rules and procedures in their work, including respect for the Code of Conduct.

According to the reports of CIVIL’s observers from almost every polling station they visited, the greatest challenge for the Electoral Boards is how to respond when citizens do not figure on the Voters Register, to the reactions of citizens when they notice that on the list there are deceased persons, when voters have new ID cards issued after the closing of the Voters Register, or when they see that the voter has an expired ID card. The first reaction is calling the MEC, the second reaction is referring them to the MEC, and the most common one is calling the SEC “headquarters” because they do not know what to do with the voters. In one case noted by CIVIL’s observers, the discontented voter was sent to the police, for him to be later sent to the MEC.

For example, in polling station 1676, Sveti Nikole, five persons that have been deceased for several years still figure on the Voters Register, whereas two (alive) voters with valid documents for personal identification do not figure. These persons did not exercise their voters’ rights.

In polling station 2843, Center, from two voters of a same family, mother and son with the same address, one figures on the Voters Register, while the other one does not.

In polling station 2739, Kisela Voda, the UV was not working, but the voting was not interrupted while they were waiting for a lamp from the MEC to arrive.

Elections after elections, observers report on violations of the secrecy of vote and many other transgressions by members of the Electoral Boards. Some of them had been reading the names of voters out loud. Furthermore, some members of the Electoral Boards had been commenting out loud and agitating, constantly calling on the phone, obviously, without an official need, and behaving cruelly towards the observers, but also towards the voters.

These are short illustrations of the low respect for the procedures and the right to vote, despite the efforts the SEC made to prepare educational material, including a 30-minute video. Obviously, some of the members of the Electoral Boards, otherwise employed in the administration, do not understand that they are there to serve as an example for legality and strict adherence to the procedures, that they receive a considerable daily allowance for their work that come precisely out of the citizens’ pockets. This is indeed a serious remark to the SEC, an institution that has to ensure for its bodies to function correctly and according to the law, but here there is also work for the Minister of Information Society and Administration, Damjan Mancevski.

And this is not all. Several reports from CIVIL’s observers on the day of the voting testify to a large number of errors that members of the Electoral Boards make in the procedures. They forget to mark the voter with spray or to check him with an UV lamp. In several reports from the ground, the poor set-up of the polling booth is mentioned, the lack of polling booths for people with disabilities, the continuous photographing (selfies) of members of the Electoral Boards inside the polling stations, and in many cases members of the Electoral Boards did not respect the obligation to wear badges for identification. Certainly, this did not prevent them from eagerly identifying CIVIL’s observers, demanding them unnecessary authorizations and documents, asking them about personal data of the responsible persons in the organization or asking them how much they are paid for their observation.

The electoral administration failed, obviously also on the day of the voting for disabled and sick persons and prisoners who voted on Saturday, September 29.

More specifically, ten prisoners in the Tetovo prison did not succeed to realize their right to vote because they were not found on the additional Voters Register, because they had been arrested, that is, sent to jail, after the deadline for registering. The Electoral Board did not allow them to vote, MEC Tetovo responded that if they had not registered until the deadline to be on the additional Voters Register – they do not have the right to vote. The branch office of the SEC remained in its position that they do not have the competence to make a decision with the explanation that decisions can be made only by members of the SEC, and that they can only implement the decisions made. The SEC replied that the prisoners figure on their place of residence, hence the only possibility for them to exercise their right to vote is if the Prison Administration decides to release them. And the Tetovo prison is not the only case.

“If just one CIVIL observer managed to register more than 100 voters whose right had been denied, in just one municipality, one can only imagine the proportions of this problem. However, there is no institutional response, nor will to determine the number of people who have returned from the polling stations, without voting”, is said in CIVIL’s announcement on the violation of the right to vote.

In short, the electoral administration under the leadership also of the current, temporary composition, failed at the expense of the citizens. Probably, the circumstances in which these shortcomings have been made are far more complex and demand full attention of several departments in the government.

CIVIL’s warnings and recommendations in almost every election cycle in terms that a final solution has to be found regarding the chaos of the Voters Register, have to be finally understood and implemented. Greater attention must be paid in the education of the electoral administration, and above all, the right to vote must be protected and mechanisms for realizing the right to vote must be found without transferring the responsibilities from one institution to another, while no one fulfills the main task – maximum respect for the right to vote. There has to be responsibility! 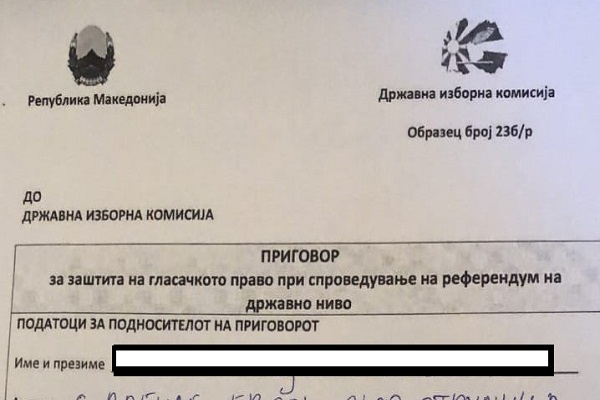 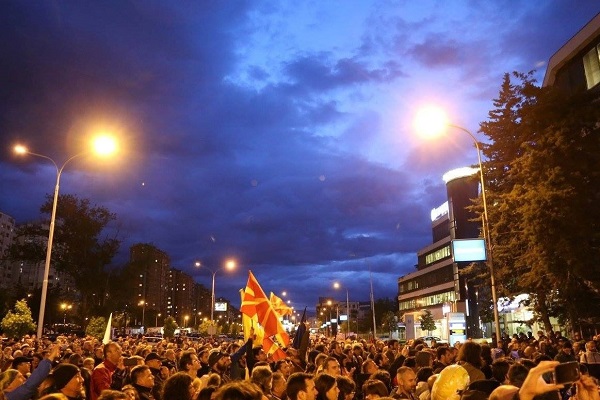