For the Macedonian Center for Culture and Development (MCCD), the elections last Sunday were a “celebration of democracy, carried out without any incidents, at all polling stations, in all the cities and villages of Republic of Macedonia”, and according to this NGO, “this speaks about the maturing of the entire nation” and “confirms the development of Republic of Macedonia as an Electoral Democracy”!? A person cannot help but to ask oneself: Which elections were the MCCD following and assessing?

The non-governmental organization Macedonian Center for Culture and Development (MCCD), as implementer of the long-term project “Prevention during elections”, today announced an “Assessment of parliamentary elections 2016 and a roadmap to the future”, which is signed by the president of the organization, Nelko Nelkovski, as project manager.

Every organization that followed the elections on December 11, 2016, has a right and obligation to present a report on the monitoring.

However, MCCD begins its “Assessment…” by expressing compliments “to all institutions involved in conducting parliamentary elections 2016; political parties, the Government and Prime Minister for implementing the elections (!?), the Ministry and Minister of Interior and the State Election Commission. This includes all members of political parties, the entire composition of the police, all members of electoral boards and municipal election commissions and all citizens of Republic of Macedonia”!

The only ones left with no praise from MCCD are the “phantoms”, “missing” citizens, passengers in the “Bulgarian train”, those who threatened, pressured and spread fear…

A person cannot help but to ask oneself: Which elections were MCCD following? And where? However, there is no end to MCCD’s enthusiasm. In the same optimistic spirit, MCCD is also expecting for the election rerun at the Tearce polling station on Sunday, December 25, “to pass in a peaceful, democratic and fair atmosphere, with which the election process will officially end”. The optimism of this NGO is immeasurable, but the “analysis” is even more illustrative, on the manner in which, unfortunately, certain organizations that are presenting themselves as part of the civil society sector are actually acting.

According to MCCD, “the two-year political crisis in Republic of Macedonia and the election results show a deep division in society, both by national and ideological orientation of the citizens. Such division results in equally divided mandates of the current government and of the current opposition, creating an ‘undecided’ situation, which some define as a ‘dead end’”!

And, never mind that it “analyzes”, but the MCCD also concludes that “this situation is generated by decades of repeated mistakes in building the entire social system of our country”, and is even giving proposals for “healing the entire society from all negative reasons” and suggests for “this process to be synergistic, led by the main heads of the state”.

And among the serious steps that MCCD proposes is also the “introduction of ‘standards’ for the organization of society that are generally accepted in the most successful and happiest countries in the world”. After it seriously concludes that the “citizens of our country have a remarkably great strength, and that strength should be ‘freed’ and used in the best possible way”, MCCD encourages “heads of key political entities in the country to overcome their vanities and to open serious, substantive, productive and fair discussions that will result in forming a stable government, which will make a significant improvement in the everyday lives of the citizens, will create an atmosphere of peace, social enthusiasm, friendship and sustainable development”.

Concluding that Republic of Macedonia is a remarkably rich country, with a precious history and exceptional natural resources”, MCCD ends the “Assessment…” with the slogan: “Human values above all!”

If it had not been sad, it would have been funny… 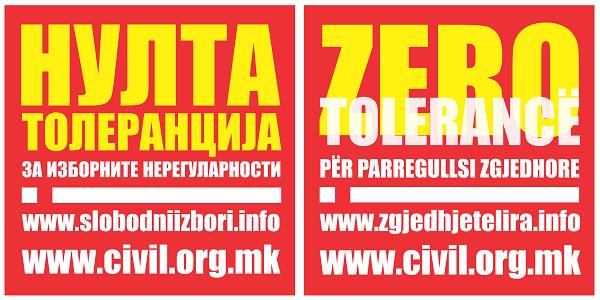 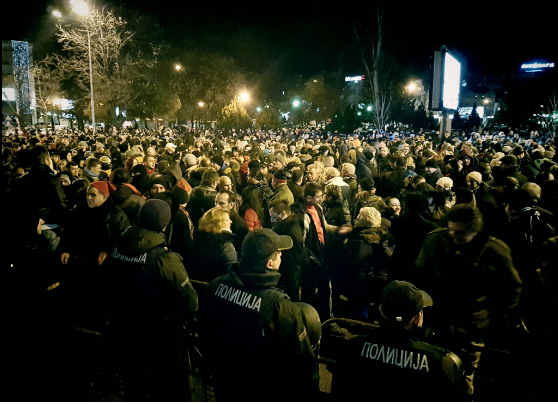