Home›Archive›Delcev: Payment of K-15 is taboo subject and dream of police officers

Delcev: Payment of K-15 is taboo subject and dream of police officers

“Employees have won most of the lawsuits against the Ministry of Interior in court, which causes significant outflow of funds from the budget. As a result of this, jobs of individuals who have submitted complaints have been threatened. This is a public secret and very little is spoken in this regard, perhaps because it concerns the police. Pressures have gone so far that some employed servants have even been transferred to other workplaces with which they are not familiar with and for which they need additional training or adjustment to that the position!”, said Goce Todev Delcev, leader of the Independent Police Trade Union, in an interview for CIVIL Media.

Delcev: The Independent Police Trade Union has been analyzing the situation relating to the employees of MOI and the police, for many years. We are processing in an analytical manner, within our capabilities, what we have as knowledge and we have been conducting surveys – as of 2007, until today. We have come to the conclusion that the political parties, regardless of whether they are ruling or opposition parties and regardless of ethnicity, that in general, the parties of the political scene in the country are a potential opportunity and basis - for some citizens to enter the system of politically taking sides. I must emphasize that the Independent Police Trade Union also includes police officers from the forestry, prison and court police and those employed in security agencies from within the private sector in the Republic of Macedonia.

MOI perhaps is least included in terms of political abuse of the employees, but if we take into consideration all the analysis, we come to our realizations and conclusions that at the end of the day, we are all losers. Politicians have been working for their own interest for years, which is normal, in order to function in the way in which they have been in Macedonia, and the entire Macedonian public is already familiar with the political situation, that is, all those who follow politics already know what is happening. What remains for us to inform the public is the social aspect of the employed officers in the MOI. A high percentage of employed officers, for various reasons, and usually at their own request, leave the police because they are not satisfied with their salaries. Proportionally, their income is far lower than that of the other administrative workers, and we must take into account the weight of the work they perform. This is the main reason for them leaving their jobs, which is completely understandable. Some of them are leaving temporarily, seeking work outside the country, and some permanently. Generally speaking, the conclusion to this question would be that politics haven taken their toll on the police, that is, that political parties are profiting. High quality and honest workers in the MOI are leaving their jobs, while the security sector in the state is becoming poorer by the day. We must carefully and openly point out examples and events, in particular, avoid political manipulations that lead to loss of jobs of police officers. By this, we will have a better and more stable police structure in Republic of Macedonia.

Delcev: I will start with the second part of the question, with the promise concerning employees in the police, especially workers who are members of the Independent trade union - the collective agreement. It is a secondary act of the Labor Relations Law, signed by the representative union of the police, that is, by the Macedonian police union. We have presented and disputed the same agreement twice so far before the Constitutional Court, with the purpose of returning certain items from the old collective agreement, so as to avoid issues related to overtime hours and their payment, payment of travel costs, the inclusion of subsistence and travel costs in the gross salary and etc. All articles associated with the Labor Relations Law, specifically with the Law on Police and Internal Affairs, as well as the collective agreement, have been developed with various regulations. All employees in the police, not only union workers, need to very carefully get into the essence of matters related to these laws and secondary acts, which are the basis and foundation for the work of the police officers. However, if we summarize the results relating to the social, or financial payment of workers, we come to devastating results regarding the employees. Payment of the K-15 benefit is part of the planned budget, while K-15 remains a taboo subject, a dream of employees that they will be paid in a regular manner. For the same reason, many lawyers have been activated for payment of K-15 to be made, even though it has been provided for in the budget and is an annual salary supplement. What I would like to convey to the public is that payment of K-15 in the western world is a regular practice, but here, it is a dream of MOI employees.

Delcev: Low salaries, or the inability of employees in the police living on that salary to solve their financial needs, to support their families in a dignified manner... I have already mentioned the consequences, leaving the country, quality police staff leaving the job, who have performed their work honestly and with dignity for many years... in addition to the insufficient financial compensation, there is also the pressure that police officers feel at their workplace, due to the lawsuits they have initiated. Employees have won most of the lawsuits in court, which causes significant outflow of funds from the budget. As a result of this, jobs of individuals who have submitted complaints have been threatened. This is a public secret and very little is spoken in this regard, perhaps because it concerns the police. Pressures have gone so far that some of the employed servants have been transferred to other workplaces with which they are not familiar with and for which they need additional training or adjustment to that the position! Workers who are nearing retirement also face the same problem. They also have to adapt, because they need to earn their salary, to get paid, as provided by the law on police.

Delcev: In terms of what they should do, the answer is short and clear - to leave us, the employees of certain institutions, to function within the framework of these institutions and through union organizations that are already functioning, that is, for us to freely express what we feel as a serious need through these institutions.

Also, not to allow certain heads or assistant directors to be shifted to positions of officials. In this manner they perform a serious attack on trade unionism. What I have been able to notice lately is the increasing number of people with master’s degrees and PhD, dealing with the issue of - Human resources, and they are showing great concern for the retention of the personnel in the police and in general, in the security sphere. Their interest in the issue is perhaps a bit wrong. They believe that they know who and what should be done, and unintentionally harm the work of the Independent Trade Union, through its trade union organizations throughout the Republic. They should let our view be a comprehensive base that will be taken seriously, and which refers to the actual needs of the work and functioning of the MOI. We are saying this, especially I am, who has been for an entire decade leading this structure of people from the police, who need security, independence ... My political determination can never be set as a priority in the manner of solving problems, just because I am Macedonian or because I am a radical ... No, on the contrary. Opportunity should be given to social justice within the functioning of the police, and for the real problems of workers who live off their own work in the police to be solved through trade unions. This will reduce the outflow of funds from institutions due to charges submitted by dissatisfied employees.

We know that in the past no one was held responsible, we also know about "great" superiors who have been politically covering their own jobs and who for decades have not moved from their beautiful, warm and sweet armchairs, and all this is at the expense of those workers who on the other hand, are seeking ways to escape and solve their problems by leaving their work and their own country. 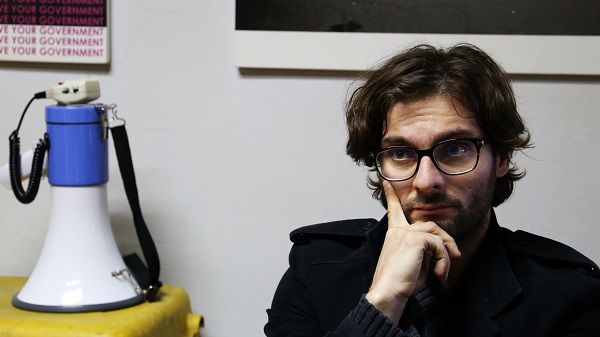 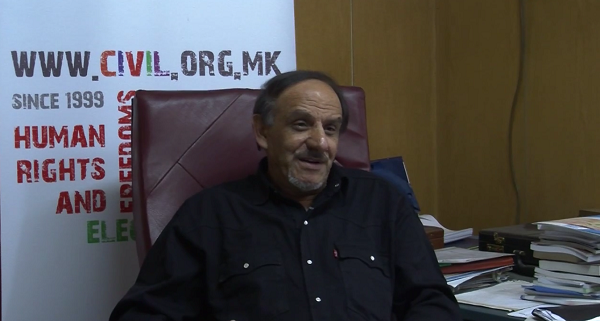 Ibraimovski: The Pension fund is in intensive ...