Home›STATEMENTS›CIVIL, the institutions and communities in a long-term and multidisciplinary action against violent extremism

CIVIL, the institutions and communities in a long-term and multidisciplinary action against violent extremism

CIVIL – Center for Freedom in May signed a Memorandum of Cooperation with the Ministry of Interior in the fight against violent extremism and terrorism. 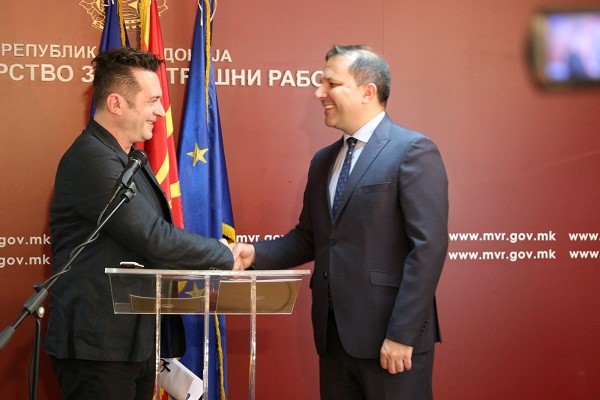 Memorandum of Cooperation in the fight against violent extremism between CIVIL – Center for Freedom and the MOI, May 2018

The Memorandum with which CIVIL and the MOI committed to working together on education and prevention from radicalism, violent extremism and terrorism, was an excellent opportunity to approach specific activities in the timely response to hate speech and violence. This was especially important in that period with the upcoming referendum and its exceptional political significance.

CIVIL started the project “Communities against violent extremism” with the support of the US Embassy in Skopje in June this year.

In the first part of the project, the factors that affect radicalization and the dangers of violent extremism were investigated and mapped, and a selection of several municipalities was made in which there would be cooperation with local authorities, the institutions and with the citizens, according to the scope of the project and the organization’s capacity. The project is, nevertheless, implemented both at the national and local level, and coordination and cooperation with the National Committee for Preventing Violent Extremism and Fight Against Corruption is also anticipated. The cooperation with the local communities has the goal of collecting experiences and proposals on ways to prevent violent extremism in a broader context.

In September, CIVIL had a working meeting with the MOI, where existing knowledge was presented and shared. 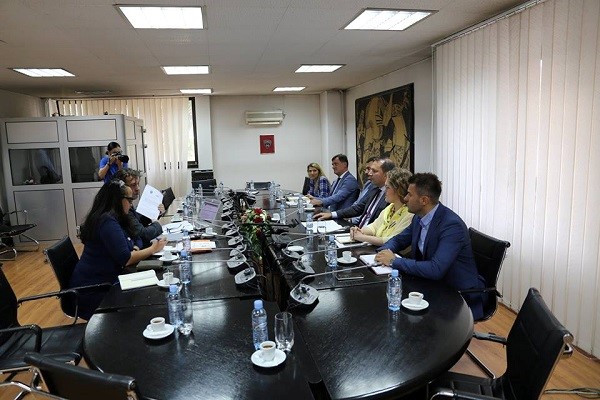 At that meeting, the Minister of Interior, Oliver Spasovski, spoke about the importance of providing a peaceful, civilized environment, free from any form of threats or hatred that could create consequences against the right and free will of every fellow citizen in the widest sense of the word, and, all the same, in the context of the Referendum that was held at the end of that month (September 30).

In September, CIVIL prepared three recommendations that resulted from the research in the first phase of the project “Communities Against Violent Extremism”. The first recommendation refereed to the need of multidisciplinary actions and approaches in the fight against violent extremism. The second recommendation was that the strengthening of public awareness and civil education should become part of our everyday life, because in what is called hate speech, there could be a hidden potential of radicalization and violent incidents that could endanger security. At the joint press conference of CIVIL and the MOI, Xhabir Deralla stressed that hate speech is an initial form of violence that can lead to extremism and endangerment of security. “Calls for violence and hate speech should be responded with positive messages and an open, constructive dialogue”, added Deralla at that press conference.

CIVIL also organized a municipal presentation with US expert on countering violent extremism and building peace, Paul Turner, in the Municipality of Cair. 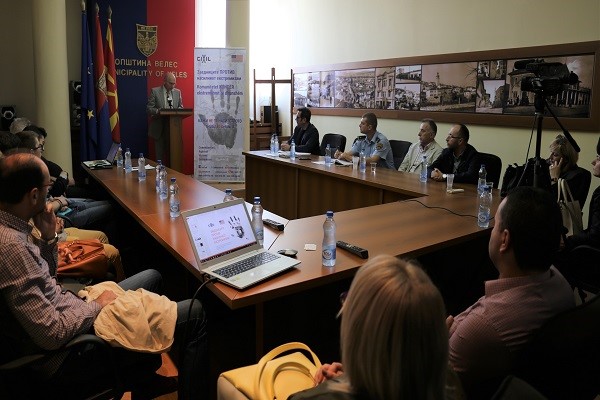 Turner outlined that the goal is, above all, prevention and not response after violent extremism has already taken place. The participants, on the other hand, through their own examples, in the context of the areas they deal with, conveyed their efforts for improving the situation in their community. CIVIL Media also conducted a broad interview with Turner, which will be published these days.

The participants at the working meeting in Veles spoke in the context of the problems in the education system and the inability of teachers and professors to direct their energy towards recognizing the symptoms of violent extremism among children and youth. Representatives of the police who were part of the Veles working meeting, stressed the need for prevention, as well as greater involvement of the social work centers.

The most attended working meeting was held in Gazi Baba. There were also representatives of kindergartens at this meeting, who emphasized the need for prevention among children in the earliest age. Their recommendation was to involve also the parents who usually do not accept that their child is violent.

More working meetings are planned within the framework of the project in Kumanovo, Lipkovo, Tetovo, Tearce, Struga and other municipalities. For the representatives of CIVIL, it is important to outline that with continuous cooperation at all levels and of all sectors of society and the system, with a multidisciplinary approach, prevention against violent extremism can be ensured. “If you have come to a situation to call 192 (police), then it’s already too late. We have to deal with extremism and radicalism in their early forms, or create communities that are not infected with hatred and violence before they even appear”, said Deralla at the meeting in the Municipality of Gazi Baba.

In the following period, CIVIL will be working on forming working groups in the communities, which will prepare plans for activities against violent extremism in several municipalities throughout the Republic of Macedonia, and at the national level, there are preparations for presenting the second set of recommendations for countering violent extremism, and joint activities are planned with the National Committee for Preventing Violent Extremism and Fight Against Corruption.

Through analyses and recommendations, intersectoral cooperation and partnerships and participation of communities, CIVIL will contribute to identifying the factors for radicalization of individuals and groups, understanding and recognizing the potentials for violent extremism, as well as on promoting non-violent ways of criticism and protest.

On the Day for Tolerance, zero tolerance ...