Home›STATEMENTS›Responsibility for crimes, end to nationalism and political profiteering

Responsibility for crimes, end to nationalism and political profiteering

ELLECTION IRREGULARITIES; SEC   We will not stop demanding for all the dilemmas concerning the fraudulent practices in the election processes to be cleared, including the latest, early parliamentary elections that were held on December 11, 2016.

CIVIL – Center for Freedom  presented a large number of findings of serious problems during the entire election process. We came across complete agreement and huge support and trust by the citizens of Republic of Macedonia. However, our reports, analyses and recommendations, supported with arguments and evidence did not receive any response from the institutions.

The State Election Commission has remained deaf to our indications and calls for it to depoliticize itself and to seriously work on all aspects of the electoral process, and especially on the Voters Register and its bodies, such as the municipal election commissions (MEC) and the electoral boards (EB). They are included among the most serious problems on the day of the voting on December 11, and almost all irregularities are noted also in the election rerun in Tearce, which can serve as a demonstration on how elections should not look like.

The public should know that, according to the law, the SEC is the most responsible institution for the implementation of the election process. Unlike all the other compositions of the SEC in the past 25 years, this composition had the highest legal competencies, but it did not use them.

A large number of voters could not exercise their right because of the partisanship and inability of the institutions, primarily of the SEC. CIVIL demanded responsibility from those who were called upon to carry out the election process and to ensure respect for the right to vote. The least the members of the SEC can do is to make their mandates available.

The institutions also have to bear legal responsibility for the chaos with the Voters Register, which created opportunities for abuse and manipulation of the election result.

CIVIL demanded another recount of all the ballots. Regardless of whether a political party had submitted a complaint, the SEC, ex officio, could have done so, having in consideration the indications of other entities, the problems and the irregularities. It did not do so.

CIVIL demanded an election rerun in 30 polling stations because of vote buying, serious violation to the election procedure by the EB, phantom voters, continuous violation of the election silence, vote buying, along with many other irregularities. Regardless of the fact that the elections are completed and the deadlines for filing complaints have expired, no one is preventing the institutions from carrying out procedures for accountability before the law.

CIVIL demanded for the members of the Electoral Boards who would be found of having performed their task unprofessionally and unethically or having conflict of interests, to lose their right to be elected for that position in the following election process.

An immediate analysis and an investigation of the work of the SEC and its bodies needs to be carried out, along with urgent reforms of this institution. We are convinced that the investigation will also lead to responsibility of individuals and structures in other state institutions, as well as structures in political parties. Simply, someone has to be held accountable for the violation of the electoral procedures and the right to vote!

SPECIAL PROSECUTOR’S OFFICE CIVIL is categorically demanding an extension of the mandate of the Special Prosecutor’s Office. After the elections, CIVIL also demanded extending the SPO’s mandate for 2016 as well, that is for the early parliamentary elections.

Even though it seems that there is no legal basis at this moment, we are convinced that the weaknesses, unlawful actions, violation of the electoral procedures, the vote buying, threats, abuses, pressures and blackmail, along with the many other serious irregularities that CIVIL noted at the elections, are a direct consequence of grounded in criminal practices and procedures that are connected or have direct or indirect connection with the cases that are lead precisely by the SPO.

POST-ELECTION MONITORING In the post-election period, CIVIL’s monitoring teams noted over 30 cases of abuse of firearms in celebratory gunfire, followed with threats and hate speech.

The abuse of institutions continued immediately after election day, along with pressure on civil society, stigmatization and hate speech against those who think and act differently from the ruling structures.

Our analyses indicate a series of occurrences and procedures that are unacceptable and against the Constitution, the laws and democratic standards. We note unconstitutional and unlawful procedures also during the constitution of the Parliament and in the awarding of the mandate to form a government.

We must not forget that in the composition of the Parliament there is also now a convicted war criminal.

NATIONALISM Nevertheless, the most serious threat to democracy, the rule of law and respect for human rights and freedoms is nationalism. Nationalist rhetoric and hate speech were present during the entire election process. Immediately after election day, VMRO-DPMNE continued fueling nationalist hysteria in the country. For now, we point out VMRO-DPMNE, DUI, and DR DPA as parties whose appearances in public have the obvious intention of fueling nationalism and by stimulating ethnic divisions and hatred, to steer the attention away from their failure to offer Macedonia a way out of the political crisis.

The platform of the political parties of the Albanians in Macedonia, although it does not reflect the mood of the entire Albanian community, has pretensions of opening issues related to all of them. Some of those issues have already been regulated and work can be made on their implementation, but an attempt has been noted of broadening the agenda in areas that have nothing in common with the reality in the country.

Regardless of whether that document is justified or unjustified, the timing, vocabulary, and above all its interpretation in the public represent an attempt to obstruct the process of democratization in the country in favor of the destructive structures in the two largest ethnic communities. The platform along with a series of other actions by some of the politicians are not aimed at solutions for overcoming the crisis, nor towards facing the numerous challenges for Macedonia since its independence and until now.

Regarding the Platform of the Albanian parties, it is necessary for the issues to be opened in a time and under conditions that will allow a peaceful and democratic process of integration and respect for human rights and freedoms of all ethnic communities in the country, and not just of two of them. What we see now is political profiteering that will provide an advantage precisely for those who are the most responsible for the serious problems between the ethnic communities in the country and not for overcoming them, and for which the SPO is leading investigations.

CIVIL – Center for Freedom is urging all citizens of Republic of Macedonia to endure these difficult moments when responsible individuals and structures manifest extreme immaturity and lead an unscrupulous struggle for winning power, through nationalism, hate and divisions. We urge them to show, just like so many times before in the past two years, that no one can stop them in their walk towards a free and multicultural society and a stable country that respects and defends human rights and freedoms. 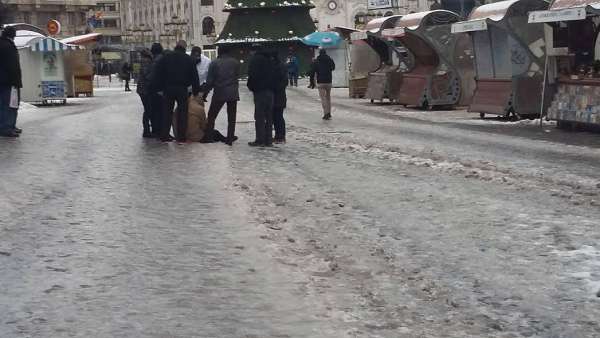 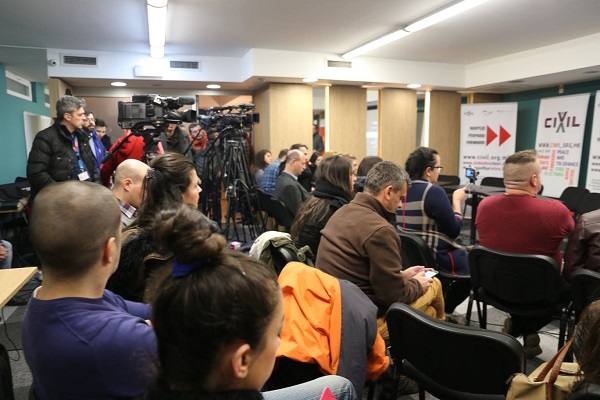 CIVIL dynamics in the following period