Home›Archive›CIVIL Press conference at 18:00: The Voters Register is in an awful condition!

CIVIL Press conference at 18:00: The Voters Register is in an awful condition!

More than 2000 voters from all around Macedonia, today could not realize their constitutionally guaranteed right to vote. The Voters Register is in an awful condition, noted CIVIL – Center for Freedom, based on the 238 processed reports of cases from over 550 reports from observers of CIVIL and GONG, who have been on the ground during the day.

CIVIL’s President Xhabir Deralla at a press-conference at 18:00h stated that these are not all of the reports, but that CIVIL keeps receiving reports on election irregularities every minute.

“More than 2000 voters from all around Macedonia, today could not realize their voting right. There were six voters missing in voting station 109. Also, at voting station 6364 they could not finish counting the number of people who were missing in the Voters Register. Though there were some who were able to realize their right to vote. The situation with the Voters Register at voting stations 63, 1451, 1445 speak of many irregularities. The same situation has been noted in Struga, Avtokomanda, Center, Cair”, pointed out Deralla.

He stated that the electoral silence in Republic of Macedonia is almost disregarded. An obvious example for this, according to Deralla, is the Municipality of Demir Hisar.

“At voting station 648 in Demir Hisar, a member of the Electoral Board was noticed frequently leaving the voting station. He was calling citizens on the phone to go to vote. We have also received reports that members of other electoral boards have been making suggestions to voters on who to vote for. In the Municipality of Gazi Baba in front of the school “25 May”, the police stopped a vehicle under the suspicion of transporting people to vote and of agitation taking place. Passports were taken away in this intervention”, said Deralla.

He stated that the pressure on CIVIL’s observers continued. “Citizens kept one of our observers illegally and without any authorization, the police cleared the case of, so to say, his brief abduction. This trend has followed us all day, but has decreased in the last two hours”, said the President of CIVIL, Deralla.

Referring to the reports of the observers, he noted that in Bitola, at voting station 38, there was a minor incident in which a 50-year-old man forcibly took a ballot, circled it and tried to put it in the box, again forcibly. But still, he was prevented by the Electoral Board, while the ballot was declared as invalid.

“In Suto Orizari, children were involved in violation of the electoral silence. In Prilep, many ID cards were issued to citizens today, after they had been photographed for these documents yesterday”, stated Deralla at CIVIL’s Press Conference, from Hotel City Park, where CIVIL’s call center has been opened since 6:30 this morning. 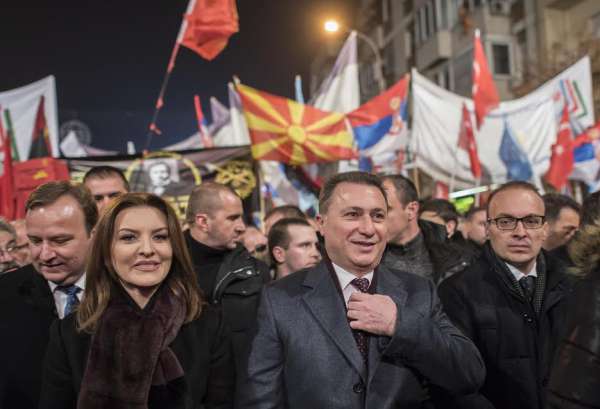