Multimedia exhibitions and presentations, performances, workshops, video projections, concert and DJ performances are on the CIVIL FEST program that will be held on December 10 and 11, in the Youth Cultural Center in Skopje. The Festival slogan is “Freedom, Justice, Equality” and is being organized on the occasion of the International Human Rights Day, the 70th anniversary of the Universal Declaration of Human Rights, and is dedicated to citizen journalism and activism.

The program of CIVIL FEST begins on December 10, with an introductory panel discussion titled “Freedom, Justice, Equality”, starting at 1.00 pm. Immediately after, an exhibition of photographs will be opened at 2.00 pm, with hundreds of photographs, which will be followed with the opening of several other segments of this multimedia happening.

“Civil society towers” is the title of the space dedicated to civil society organizations that will present themselves before the audience with video and printed materials. The program also includes video projections of CIVIL Media, as well as videos from CIVIL’s activities during the entire two-day happening.

There will also be much music at CIVIL FEST, CIVIL has always supported the alternative music scene, which is usually unfairly ignored by commercial media. With this event, younger musicians will have the opportunity to present their music work to a “newer” music audience as well. There will be bands and DJ performances during the entire program, for which the public will be informed these days. Citizen journalism and activism are changing the world, devotedly and boldly, they reveal corrupt and violent autocratic regimes throughout the world and call for democratic changes for which CIVIL gives them special significance. That is why there will also be an awarding ceremony for citizen journalism, for the most active citizen journalists who regularly send various photos and videos to CIVIL. Ahead of CIVIL FEST, citizen journalists are invited to send their texts, which will be published on CIVIL’s media platform and will be given the opportunity to be awarded valuable prizes.

“We are counting down the days to ‘CIVIL FEST’, be a part of a different kind of experience, join us!”, call the organizers from CIVIL.

The Festival is part of the “Civic Lenses” project, dedicated to transparent and responsible political processes, through citizen journalism and activism, which CIVIL has been implementing since October 2015, with the support of National Endowment for Democracy. CIVIL these days celebrated 19 years since its founding.

Convention on the Rights of the Child 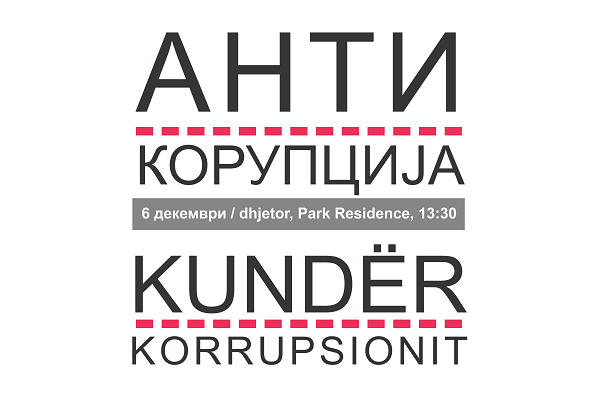 Great interest for the Anti-corruption Conference at ...