CIVIL - Center for Freedom expresses deep regrets for the loss of human lives and sincere empathy for the families of those killed in the Kumanovo crisis. We wish the wounded full and fast recovery.

The Ministry of Interior, the President and leaders of the major parties in power owe an urgent explanation to the Macedonian and the worldwide public on the security crisis in Kumanovo on May 9 and 10. We called upon the Prime Minister Nikola Gruevski and his coalition partner, the DUI leader, Ali Ahmeti, for quite some time now, to come out with a joint statement and explain to the public what exactly is happening.

The President was attending a parade in Moscow while Kumanovo was burning and shaking from detonations and relentless exchange of gunfire. The Ministry of Interior gave room to an explosion of rumors to take place, instead of revealing the facts. It did not have even a bit of political and professional courage to bring out all the necessary facts about events on the ground and to answer questions regarding the political and professional responsibility of the Minister Gordana Jankulovska and her closest associates in the crisis that could set fire on the whole region.

The question remains whether there are civilian casualties, for which the Ministry of Interior is still vague. Jankulovska did not respond in a timely manner if there are civilians killed, and only came out with information on killed policemen, 18 hours after the onset of the crisis.

The Security Council convened by the President opens new controversies, rather than clarifying them. President Ivanov, in his statement after the Session of the Security Council, openly admitted that he knew about the movement of the armed group for five months. He, therefore, invited opposition leader Zoran Zaev to the Session, in spite of the fact that Zaev has been accused of coup and betrayal, whereby coalition partners Ahmeti and DPA leader Menduh Thaci sent their representatives, which practically shows their boycott towards the President.

After returning from Moscow, President Ivanov, in his statement, scandalously, almost explicitly blamed the whole international community, the EU, NATO and others in that they are responsible for this tragedy. We call upon all participants of the Session of the Security Council to respond to whether they support the allegations made by Ivanov.

We call upon the Ministry of Interior to disclose all facts from the ground.

We demand from coalition partners Gruevski and Ahmeti to come out with a joint press conference to respond to any questions from the public. 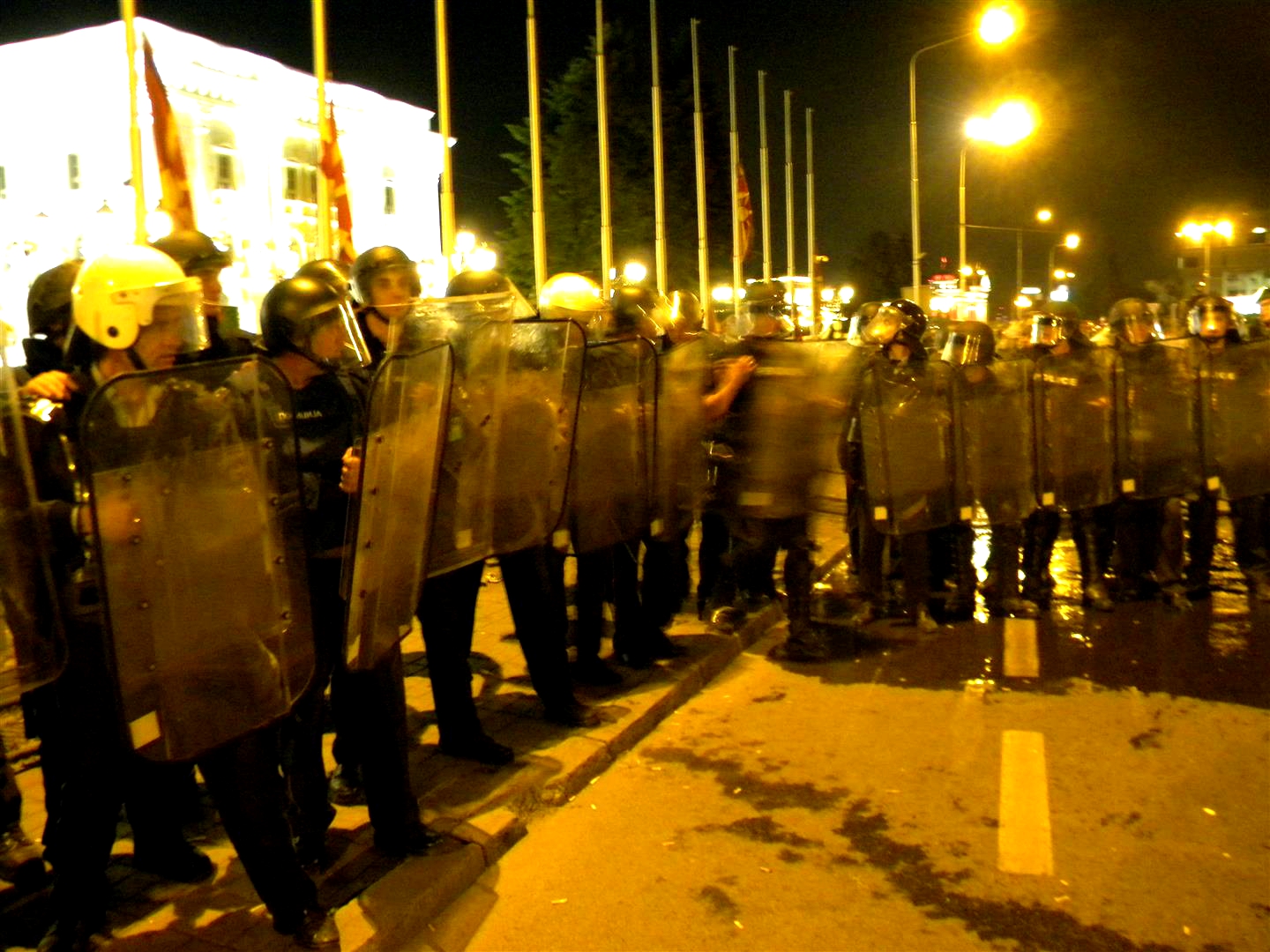 HANDCUFFED, PUSHED TO THE GROUND, THEN BEATEN ...