CIVIL campaign on the inviolable right to #FreeElections

CIVIL – Center for Freedom today is launching the female part of the 15-day campaign  #FreeElections with three videos. The videos in the first “female phase” are short, clear and direct. Two of them speak openly about the inviolability of the right to vote, while the third one urges citizens to be active observers of the process.

“The right to vote is not a privilege. It is a right that no one can take away, restrict or manipulate with. Free elections – YES! Election theft – NO!” – is stated in the first video.

In the second video, the same protagonists state: “The right to vote, the right to free elections, the right to seek a legitimate and democratic government, are inviolable rights of all citizens of Republic of Macedonia. Free elections – YES! Election theft – NO!”

The character of this campaign of CIVIL represents an occasion to look into CIVIL’s positions and practices in terms of gender issues.

“We decided to start with female figures in the campaign quite naturally. Almost two thirds of our long-term observers are women. In the past, despite being faced with additional, specific pressures, the women in our monitoring teams have been remarkably successful. They are constantly active and have been revealing many cases of violation of human rights and freedoms, discrimination, abuses and violation of voting rights. We as an organization do not implement any specific policy and we do not carry out positive discrimination. It is simply that women have always been the majority in CIVIL. I believe that the sensibility, courage, honesty and the intelligence of women will be decisive in overcoming the great challenges that are facing our country. Just take a look at the Special Prosecutor’s Office and it will become clear” – said the first CIVIL, Xhabir Deralla in a telephone statement for the public, in which he reflected on the “female character” of the first part of the campaign #FreeElections, while at the same time commenting on the position and role of women in society.

Without pretentiousness, CIVIL’s creative team has decided to skip the usual branding and forcing of the organization’s logo. Instead, it has chosen to address the online community and to promote hashtag #FreeElections.

Also, in the videos a link can be seen to the website Free elections at which, for quite some time now, citizens have the opportunity to report irregularities. At that website visitors can also apply for short-term observers or read part of the rich set of publications of the organization.

The link to the ”main” website of CIVIL is also signed by the organization that has never hidden behind anonymity, and is otherwise an open source of information and educational material that is updated daily as part of the efforts of the hardworking and creative team of CIVIL Media. 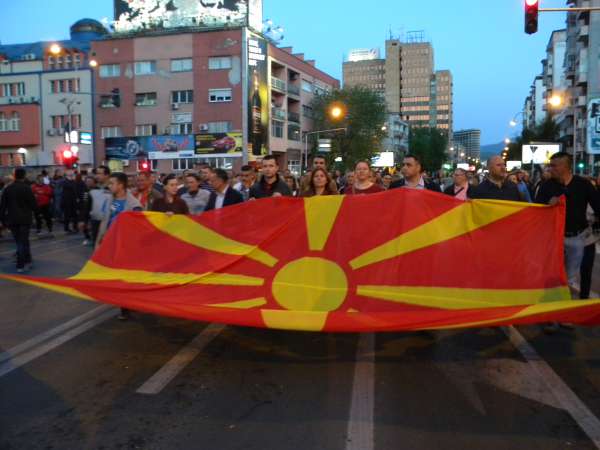