Home›Archive›Caroska: Strong unions and united associations of citizens are necessary

Caroska: Strong unions and united associations of citizens are necessary

“There absolutely is abuse of the system and we are witnessing it. And the category of citizens that is being abused is not small. There are 50.000 employees in the textile industry. In the system of social protection, if you take into account all of the rights: social assistance, permanent financial assistance and assistance for care of other person…, then we have around 100,000 beneficiaries.  That is an absolutely large number of people! An individual receives social assistance in the amount of 2,500 denars, and 1,250 denars if that individual has been fined for having received assistance for three years. And now, for 1,250 denars per month, you are manipulating, torturing and forcing that person to vote! And that person does not only feel undignified and insulted, but also feels that his voice is not worthy of anything in the mass, in the pile. That he is not deciding for his life!”, stated Mila Caroska, expert on social policies, in the interview for CIVIL Media.

CAROSKA: We have witnessed in the past ten years, and specifically in the last seven years, that there are enormous abuses in the electoral context of those who are at risk the most, or of the most vulnerable categories in Macedonia. Why am I saying this, and what are the bases for this? Because the system of social protection in Macedonia is not adequate. We can also say that we do not have a system that corresponds to the needs of the citizens. The system is so vague and unclear, that the citizens are easily manipulated and mislead prior to elections. How? In that when you submit a request, they will either respond to it within a certain legal deadline, or not. Let’s say you submit the request today, and there are elections in two months, the person who has the power, who is in charge of the commission, and if a party member, could keep your request up to the moment before the elections. A certain party structure on the ground, may also have knowledge from that same person in the institutions that you have submitted a request for a certain social right. By this, they pressure you to vote for that political option, and if you do not, then your request will be rejected. If you vote and prove that you have voted, then you will receive the right to which you are entitled to. That kind of manipulation and abuse of this category of citizens has been going on for years. People have now even become accustomed to this situation. They are beneficiaries of social rights that are contained in the law on social protection. The same thing is happening with the workers. To those who are most vulnerable, who are under the minimum wage: in the textile and leather industry they also have heads of shifts who are appointed and are close to the governing structure at the moment. In this way, they spread information that the Government or those for whom all the workers need to vote, actually care about the workers, and that they could be dismissed from work and not receive the minimum salary that they earn, if they do not vote for them. Hence, there absolutely is abuse of the system and we are witnesses to it. And the category of citizens that is being abused is not small. There are 50.000 employees in the textile industry. In the system of social protection, if you take into account all of the rights: social assistance, permanent financial assistance and assistance for care of other person…, then we have around 100,000 beneficiaries. That is an absolutely large number of people!

CAROSKA: It is reasonable for the social transfers, which are transferred by the state to the beneficiaries, to be at the level of poverty in the country. Everything else that is currently happening to us, like a family of four receiving social financial assistance in the amount of 4,700 denars, that is under the level of poverty, and thereby the state is producing poor citizens every month. It is not pulling them out of poverty! The promise that this family should receive 12,000 denars is absolutely realistic, because it has to be that way. Furthermore, if we make promises, we also need to mention the workers, if the minimum salary for some workers is 10, 000 denars, and for others 9,000, then we have discrimination. This has to be aligned. Why? Do those who work in the textile industry pay cheaper electricity? Is bread cheaper for them? Is this based on someone saying that they will have lower minimum wages then other workers? Hence, the promise that the minimum wage will be aligned in all branches is a basic and realistic one, along with the promise that the minimum wage will increase and that we will appreciate the workers, that we will restore their dignity – which are realistic. But, we need to be careful. When political parties commit to implementing certain programs after they come to power, then the same ones who submitted the request to the political parties need to keep them close by and keep reminding them of their promises. Because, otherwise, it will be a manipulation.

CAROSKA: Poverty! Generating poverty, insecurity, legal insecurity among vulnerable categories. Because we cannot live well in a society where there is an enormous number of poor people. Where we have 500,000 citizens, or one quarter of the population, living in poverty or living on 40 denars per day. And even less than that, with 20 denars per day… There is no development in such a society. So, the first consequence is poverty, and the second consequence is that the citizens do not believe that their voice is worth anything. The individual feels manipulated. Take into consideration that this individual receives social assistance in the amount of 2,500 denars, and 1,250 denars if that individual has been fined for having received assistance for three years. And now, for 1,250 denars per month, you are manipulating, torturing and forcing that person to vote! And that person does not only feel undignified and insulted, but also feels that his voice is not worthy of anything in the mass, in the pile. That he is not deciding for his life. And in democracy that is the basis, for the citizens to decide who will be in power and who will be the ones that will improve the situation. But, we do not have that at the moment. That is the main problem.

CAROSKA: I think there should be an organization of citizens who are vulnerable. Currently, we do not have a strong organization of workers. For me, the trade unions exist only as a form, as a legal entity, but they fight for everything else but for workers’ rights. You have no form of organized workers; you have no form of organized vulnerable categories of citizens. They are in various citizen association that affiliate around them. But, you have no organized form through which you can suddenly have 300,000 workers coming out to say – stop this injustice. You do not have 100, 000 beneficiaries of social assistance who can say, look people, we cannot live on 1,250 denars a month. I kindly ask you politicians, to try to live just one day with 1,250 denars, and to see how it is. If we have an organized form, and if the citizen associations and trade unions try to organize the citizens and workers in their own interest, not in the interest of the association, but in the interest of the citizens, in the interest of the citizen, then the politicians will be afraid of this organized form. Hence, I believe that this should be the focus. For politicians to abide to their promises, to fulfill their promises. But also for the citizen associations and trade unions to do their job in organizing those who are vulnerable and who are powerless. Because they are the ones who should give voice to the voiceless. That is why the civil society sector exists, why trade unions exist… United strong unions and united associations of citizens will produce strong citizens. 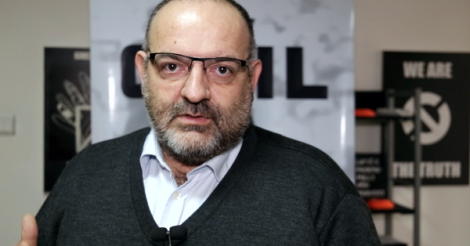 Ordanoski: SEC is culmination of the election ... 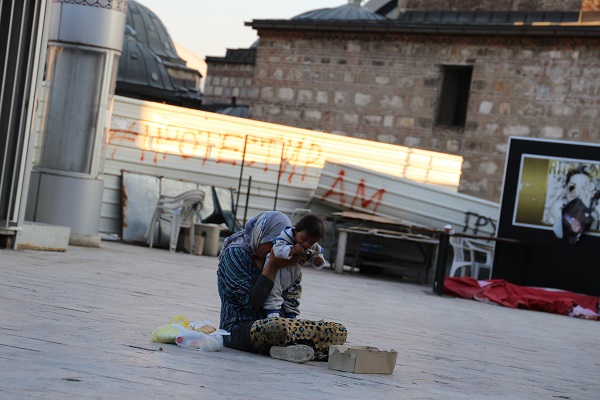 Abuse of social justice – knockout for ...