CIVIL opened the podium to experts, representatives of political parties, trade unions and civil society organizations dealing with human rights and with social injustice, to speak out about the abuses of social justice for electoral purposes, within the pilot project “Promises and Abuses”, which is implemented in cooperation with the Heinrich Bὅll Foundation, Office in Sarajevo. CIVIL conference on abuse of social justice for electoral purposes

Project participants are divided into three categories, as follows: 1) experts, 2) political parties and 3) civil society organizations and trade unions. Each of the categories received identical questions in relation to these topics, to which they responded in video interviews for CIVIL Media. CIVIL researchers worked on detecting cases of abuses and manipulations of socially disadvantaged citizens for electoral purposes, which will be published in the following period. Those cases are a clear and undeniable illustration of the reality in Macedonia.

In the category of experts, the following people spoke for CIVIL Media: Professor Mirjana Najcevska, Mila Carovska, Dzevdet Hajredini and Branimir Jovanovic. The following people spoke as representatives of civil society organizations and trade unions: Kalinka Gaber (Progress), Goce Delcev (Independent Police Trade Union), Biljana Dukovska (Macedonian platform against poverty), Zekir Abdulov (KHAM Delcevo), Nesime Salioska (Roma S.O.S. – Prilep) and Pece Risteski (Trade Union of Industry, Energy and Mining). Despite all our efforts to receive a response to the same questions from Zivko Mitrevski, President of SSM, he did not respond affirmatively to our invitation for participation, up to the moment this document was published. In the category of political parties, our interlocutors were: Liljana Popovska (DOM), Zdravko Saveski (The Left), Ivon Velickovski (Liberal Party of Macedonia), Kastriot Redzepi (Besa) and Samka Ibraimovski (PCER).

With no exception, all interlocutors responded affirmatively in regards to the question on whether the socially disadvantaged categories in Macedonia are being abused in a political or electoral context.

Our interlocutors expressed many details from their experience, knowledge and analysis on the abuse of the poor and vulnerable citizens, on corruptive policies and practices of the government, but also on the long-term effects on the low political culture in this context. The video and written material that has so far been published within the project “Promises and Abuses”, brings also extremely worrying statistics that testify to the unscrupulous abuse of precisely the poorest tiers in society.

Furthermore, a common standpoint can be noticed among most of project participants also in terms of the question which promises for social justice are realistic, and which are a kind of political corruption, or playing with the expectations of voters. Regardless of the different positions and categories of interlocutors, a conclusion can be drawn that political parties, especially those in power, are promising much more than we can expect to be realized. Their promises have short terms and are very populistic, manipulative and corrupt. This type of behavior of the political centers of power tramples on human dignity and degrade the democratic dimension of the election process.

The conclusions and analysis that CIVIL will be publishing within this project as well, are based also on the reports of CIVIL’s monitoring within the election observation projects “Forward” and “We are watching”, as well as on the contributions of citizen journalists within the “Civic Lenses” project. The abuse of issues related to social injustice in Republic of Macedonia is notorious and has a long tradition in the electoral processes and contexts. More specifically, political parties are playing with the expectations of the voters in the country on a regular basis.

The domestic and international public are familiar with the facts on the ruling of the governing coalition in Macedonia, for quite some time now. This governing is accompanied with serious indications and material evidence on serious criminal abuses of power, structural violence, political corruption and electoral theft, which are completely destroying the social matter and political system of the country.

In such conditions, the main objective of the governing structures is to maintain and strengthen their power and control. This is achieved through fierce politicization, that is by, captivating the state and society. With the control over the finances and of the economy, it was easy for the governing structures to introduce a highly corruptive practice of constantly buying the inclination of voters, in combination with structural violence and fierce media manipulation. Unrealistic promises usually border with criminal abuse of public resources, the budget and of the administration in the period between two election cycles, only to have it later on pass into an open and systematic abuse and into an anti-democratic rule.

The social – political system has been knocked out, which also knocks out all the values in which democracy and the rule of law can be fostered and developed. Therefore, the widely spread scheme of abusing the expectations of citizens, regardless of how obvious the unscrupulous deceptions and crimes are, seems as a normal and everyday incidence. That means that the promises that are made for things to which the citizens are already entitled to, according to the Constitution and laws, are attributed to as the mercy of the Party, which is acting as the owner of life, privacy and of people’s aspirations. The division of suitable and not suitable is becoming a criterion for who is to receive social assistance or a certain job for a miserable salary and in harsh working conditions, and is also becoming the highest achievement of the social policy of the ruling structures.

It is precisely in the domain of issues related to social justice that expectations are deliberately being increased, and in a highly corruptive manner as well. Political corruption has deeply been embedded into all aspects of society and the state, both at the local and national level.

These policies and practices lead to a situation in which electoral processes, mildly speaking, are problematic and illegitimate, even if there are no other manipulations, abuses and stealing of votes.

Creating unrealistic expectations by promising jobs or conditioning social benefits with loyalty or with a vote at elections, are the most common form of abuse of the socially vulnerable citizens. Many of the promises represent discrimination and abuse and are practical introduction of political corruption, and at large scale at all levels. That, in given conditions, can only be implemented by the parties that actually possess the power and dispose with the money of the citizens. With such behavior, parties in power, in advance, manipulate the election result, violate the Constitution and the laws of Republic of Macedonia and narrow the space for voters to freely express their will on the day of the elections. CIVIL – Center for Freedom calls on political parties, both from the government and the opposition, to refrain from corrupt procedures during the election campaign. The institutions, regulatory bodies and the media are obliged to free themselves from party restraints and to react to the abuse of social justice for electoral purposes.

Finally, the citizens of Republic of Macedonia should be encouraged and should express their free will and vote according to their belief, and not according to false promises, and the least because of fear of pressure or loss of benefits to which they are entitled to according to the Constitution and the laws. No one is above the laws, and no one can dispose with the money and well-being of the citizens as if they were privately owned.

CIVIL – Center for Freedom is publishing this analysis on the abuse of social justice for electoral purposes, which is a result of the project “Promises and Abuses” that is implemented in cooperation with the Heinrich Bὅll Foundation, Office in Sarajevo.

The conclusions and analysis that CIVIL will be publishing within this project as well, are based on, among else, the reports of CIVIL’s monitoring within the election observation projects “Forward”, financed with German funds from the Stability Pact for South- Eastern Europe, and “We are watching”, financed by the US Embassy, as well as on the contributions of citizen journalists within the “Civic Lenses” project, financed by National Endowment for Democracy. 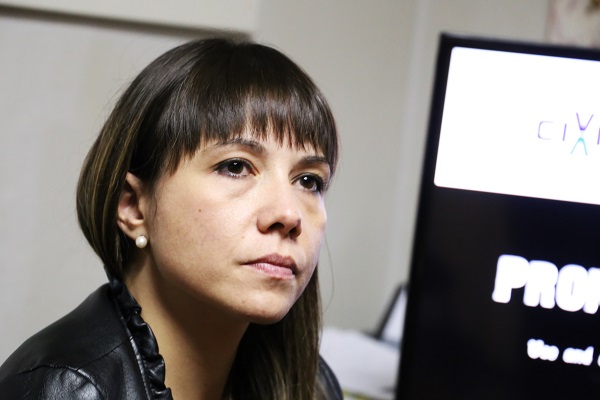 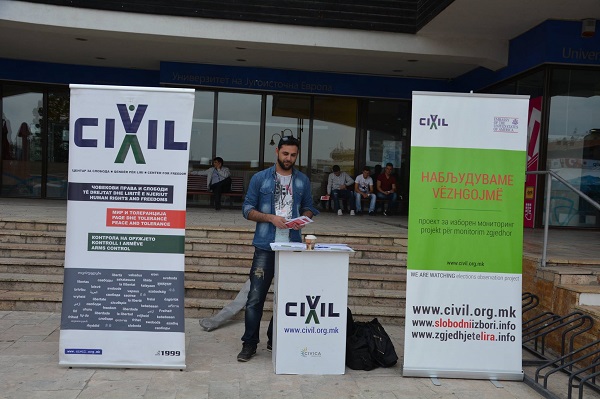